The Design Better podcast delivers insights from the world’s most renowned creative leaders, empowering teams to transform their practice and build remarkable products. This series is hosted by Aarron Walter and Eli Woolery and brought to you by InVision, the digital product design platform used to make the world’s best customer experiences. Discover more best practices, research, and resources at www.designbetter.com.
...more 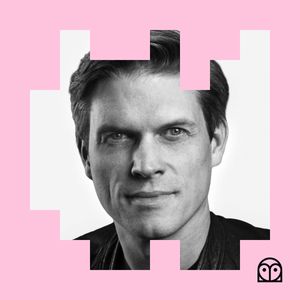 Over 50 years after humans first landed on the moon, it’s still extremely difficult—and expensive—to get anything into orbit. But imagine if there were a more affordable way to give scientists and entrepreneurs access to space. We could develop more efficient agriculture to feed people more affordably and sustainably, or more closely monitor the evolution of dangerous storm patterns to save lives.

The company Astra is on a mission to do just that, by creating a lower-cost platform that offers smaller, more frequent launches to get satellites into space. We sat down with Astra co-founder and CEO Chris Kemp to learn more about how his teams collaborate on the immense technical challenges involved, and how design is playing an increasingly important role as traditional control room roles become automated.

Chris has an impressive background, from founding 3 companies to being the CTO of NASA, and we dive into the arc of his career, the lessons he has learned in leading people, and how he communicates mission and vision to his teams.

Chris is the Founder, Chairman and CEO of Astra. Previously, Chris founded several tech start-ups and served as the Chief Technology Officer of NASA, where he introduced new technologies into America’s space program and founded OpenStack, the largest and fastest-growing open-source project in history. While at NASA, Chris worked at the White House to develop the cloud strategy for the United States.

Chris has been recognized in the Silicon Valley Business Journal "40 under 40," the CNBC Disruptor 50 list, and received the prestigious "Federal 100" award for his service at NASA. 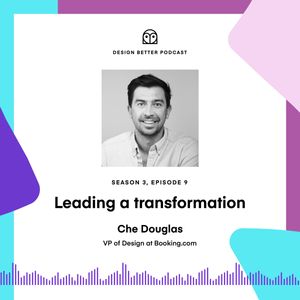 Che Douglas led the transformation of the design team at The Wall Street Journal, from a service-based organization to a strategic component of an embedded Engineering, Product and Design (EPD) structure. We chat with Che, who is now VP of Design at Booking.com, about how he got the right people involved to transform their design organization and spread design throughout the company. Che discusses the use of design sprints and how he showed the value of design to the organization through some of the team's key initiatives. 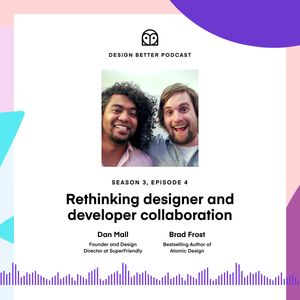 Enter design system pros Brad Frost and Dan Mall, long-time collaborators known for their expertise in bridging the gap between designers and developers. In this episode of the Design Better Podcast, Aarron and Eli talk with Dan and Brad about reducing friction between these two very different disciplines. They explore a few misconceptions around agile methodology, the risks of the creative technologist role, and breaking the design process to fix it. This is a conversation you don’t want to miss. 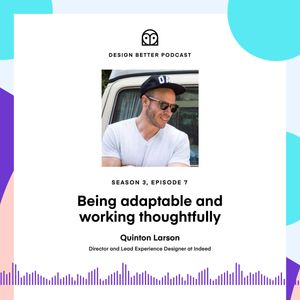 Indeed’s Quinton Larson on being adaptable and working thoughtfully

Quinton Larson is a design leader who has consistently brought thoughtful leadership into the companies where he works. In this episode we speak with Quinton about his prior work at IDEO and eBay, his involvement with Indeed’s Job Seeker Journey team, how he makes sure the right people are involved in project kickoffs, and how design systems help create a more connected workflow between designers and developers. 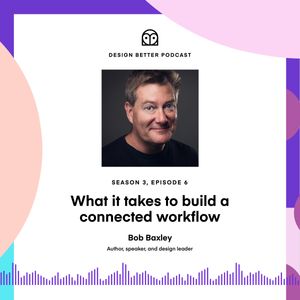 Bob Baxley: What it takes to build a connected workflow

What do Yahoo, Apple, and Pinterest have in common? Silicon Valley design vet Bob Baxley. With extensive design leadership experience under his belt, Bob knows a thing or two about bridging the gaps between teams to help champion a connected workflow. In this episode, Aarron and Eli tap Bob’s insights on productive design reviews, getting in sync with engineers, and what it takes to build key relationships with executives—all in the name of making products people can’t imagine living without. 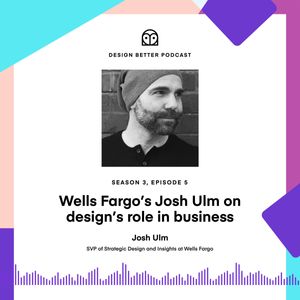 Josh Ulm has quite the CV—Adobe Design Lead, Vodafone Head of UX, Oracle VP of Design, and now Wells Fargo SVP of Strategic Design and Insights. One thing he’s learned along the way is that “the most valuable role for design to play is influencing the business—not just the product." In this episode of the Design Better Podcast, Aarron and Eli covered subjects ranging from where the connected workflow is most broken, to the one critical question to ask executive sponsors when starting a project. 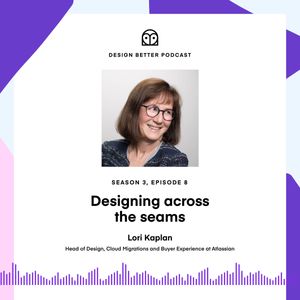 Atlassian’s Lori Kaplan on designing across the seams

Lori Kaplan is a veteran design leader, whose pioneering work includes authorship of the original Macintosh Human Interface Guidelines in the 1980s. In this episode we speak with Lori about how the Atlassian playbook helps both internal and external teams address design challenges, the deep roots of cross-functional collaboration at the company, as well as Lori’s perspective on how attitudes towards design have shifted in recent years across industries. 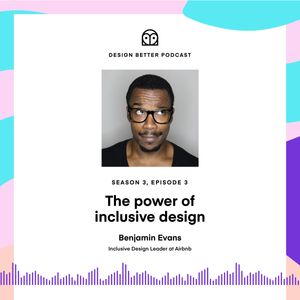 Airbnb’s Benjamin Evans on the power of inclusive design

Benjamin Evans, Inclusive Design Lead for Airbnb, is part of a new kind of problem solvers tackling issues like racism, sexism, and bias in digital product design. In this episode of the Design Better Podcast, Eli and Aarron chat with Benjamin about using techniques like design thinking, research, and storytelling to ensure a more inclusive experience for all your users. 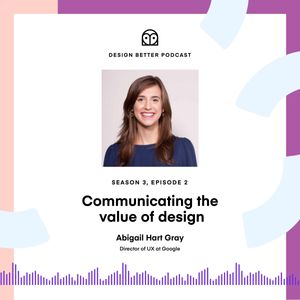 Abigail Hart Gray, Director of UX at Google, is one of the most inspiring design leaders we know. A self-proclaimed analytics nerd, Abigail uses numbers to deftly communicate the value of design to her colleagues, giving her team the runway to do great work. In this episode of the Design Better Podcast, Eli and Aarron get Abigail’s take on measuring design’s impact on business, how parenthood has changed her approach to problem solving, and more. 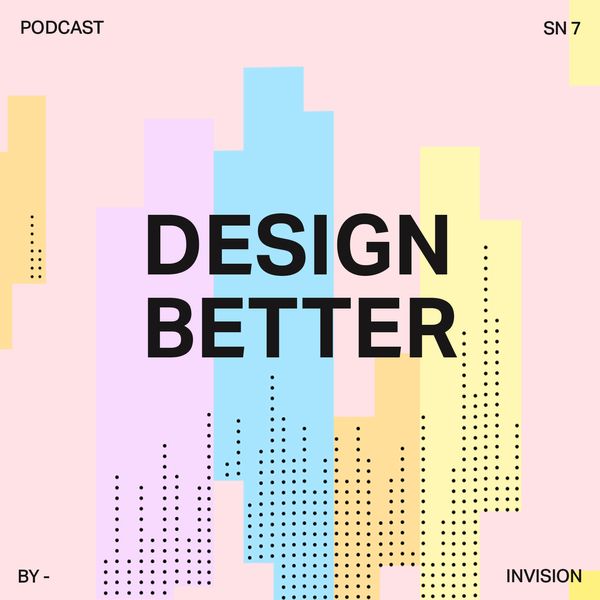 Journey into the connected workflow

As we prepare for the last episode of Season 3, take a look back at some of the stories that have inspired us. In this short update episode, hear from hosts Aarron Walter and Eli Woolery about what they've enjoyed about this season of the Design Better Podcast so far and preview our upcoming episode with Diego Rodriguez, Executive Vice President, Chief Product and Design Officer at Intuit. There's lots more to come, so be sure to subscribe for updates at www.designbetter.com.

Download a library of free ebooks and audiobooks to propel your design team forward at https://www.designbetter.com/books.