Written, produced and hosted by Joe Stuber. In his guise as Stuberman, Joe has created the world’s first podcast devoted exclusively to in-depth interviews with the legendary talents (actors, writers, producers, directors and more) who have brought comic book properties to life on TV, Broadway, film, video games, live events and beyond!
...more 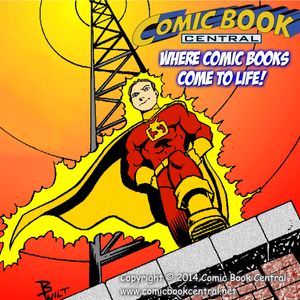 #297: Celebrating the 30th anniversary of The Little Mermaid with the voice behind Ariel – Jodi Benson!

#295: Larry Kenney – the voice of Lion-O, Sonny the Cuckoo Bird, and Count Chocula!

Thundercats – HO! The voice of Lion-O from Thundercats, Larry Kenney, is my guest this week! We’re chatting about the classic animated series, his return to the franchise, and how he became the voice behind two classic breakfast cereal mascots – Sonny the Cocoa Puffs cuckoo bird and Count Chocula!
Photo courtesy Larry Kenney
Images TM & copyright © Warner Bros., General Mills
“Like” Larry on Facebook

#294: David Dastmalchian on Ant-Man, Gotham, The Flash, and Count Crowley!

Actor David Dastmalchian joins me in the Lair for a candid, revealing, and inspirational conversation. David opens up about his early battle with addiction, and how his adversity relates to his new Dark Horse Comics tale – Count Crowley! PLUS – we’re celebrating 80 years of Batman by chatting about The Dark Knight and Gotham, visiting his characters from Marvel’s Ant-Man movies and The Flash, and I’ll try to get something out of him about Dune, Marvel’s What If? and DC’s Suicide Squad!
Photo courtesy Jessica Castro / The Grafton
Images TM & © Warner Bros., Marvel, Disney, The CW
David’s official website
Order Count Crowley
Stuff you heard on the show:
MST3K Live

Goin’ back in time with actor Josh Keaton! We’re taking a look back at his incredible work voicing superheroes like the Spectacular Spider-Man, Green Lantern, and Ant-Man. PLUS – we’re jumping in the DeLorean to revisit his time on Back to the Future: The Animated Series!
Images TM & copyright © Disney, Marvel, Warner Bros.
Josh’s official website
Cincinnati Comic Expo

I’m celebrating 80 years of the Dark Knight with the stars of Gotham! Ben McKenzie and Morena Baccarin join me for this exclusive Q&A from this year’s Cincinnati Comic Expo. Oh, and did I mention Ben is the Caped Crusader from Batman: Year One? Bat-tastic!
Photo TM & copyright © Comic Book Central
Cincinnati Comic Expo
Follow Ben on Twitter
Follow Morena on Twitter