The Center for Internet and Society (CIS) is a public interest technology law and policy program at Stanford Law School that brings together scholars, academics, legislators, students, programmers, security researchers, and scientists to study the interaction of new technologies and the law and to examine how the synergy between the two can either promote or harm public goods like free speech, privacy, public commons, diversity, and scientific inquiry. The CIS strives as well to improve both technology and law, encouraging decision makers to design both as a means to further democratic values.
...more 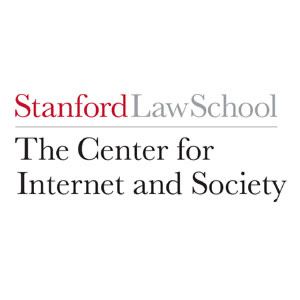 Social Software and a Framework for Information Governance

Human rights atrocities that occur on a massive scale are often the result of deliberate policy, and international legal accountability requires that we prove not only that abuses occurred, but that violence was the deliberately planned. Statistical patterns in the violations may provide evidence of policy, but finding these patterns requires a creative use of data and models. This talk will review the use of data ranging from official border registries to cemeteries, declassified documents, and qualitative victim interviews, each analyzed by a wide range of techniques. Examples will be presented from El Salvador, Guatemala, Kosovo, Timor-Leste, and Chad.

Cultural Environmentalism at 10: The Invention of Traditional Knowledge

On March 11-12, 2006, Stanford Law School's Center for Internet and Society hosted a symposium to explore the development and expansion of the metaphor of "cultural environmentalism" over the course of ten busy years for intellectual property law. We invited four scholars to present original papers on the topic, and a dozen intellectual property experts to comment and expand on their works.
James Boyle's "cultural environmentalism" metaphor laid the foundation for the recognition and protection of traditional knowledge and natural resources found in the developing world. The theory underlying the Convention on Biological Diversity (CBD) was that while traditional communities may not have invented knowledge about the medicinal properties of local plants, they ought to be rewarded nonetheless for their preservation and conservation of biodiversity through limited rights to control and compensation. Taking a cue from the environmental justice movement, which demonstrated the disparate effects of environmental harms on disadvantaged minorities, the cultural environmental movement illustrated how Third World peoples are disproportionately disadvantaged by intellectual property law, which historically has not recognized their cultural contributions as protectable works of authorship. But while this paper credits "cultural environmentalism" with offering theoretical legitimacy for traditional knowledge protection, it further considers whether the metaphor may also disable a more dynamic and modern view of traditional knowledge. In fact, traditional knowledge is far from static and archaic and much more dynamic than the "environmentalism" metaphor acknowledges. The makers of Mysore silk sarees in India respond to new market, technological, and cultural needs, for example, offering waterproof sarees in hi-tech designs to today's global consumers. I consider how the "environmentalism" metaphor may impede an understanding of "poor people's knowledge" (a term I prefer to "traditional knowledge") as creative works of authorship deserving of ex ante intellectual property rights rather than just as rights afforded ex post to reward preservation of ancient traditions or to correct longstanding cultural and distributive injustice.

On March 11-12, 2006, Stanford Law School's Center for Internet and Society hosted a symposium to explore the development and expansion of the metaphor of "cultural environmentalism" over the course of ten busy years for intellectual property law. We invited four scholars to present original papers on the topic, and a dozen intellectual property experts to comment and expand on their works.
In current debates about a "two-tiered internet," the romantic figure of the "network builder" is being used to end the arguments about desirable social policy that otherwise should occur. If only we had a more natural name for this network of networks than the internet; if only more people understood it to be a deeply human endeavor whose value comes from all of us; if only it were more visible as a social, self-reflected, self-entailed world that happens to be connected by machines. The internet needs a lobbyist. More importantly, however, it needs a new social theory. The theory that will see us through focuses on the meaning and liveliness of "the network" (the name for all the layers of the internet above the transport layer). This network is a commons, like the ocean. The vast majority of its value emphatically does not come from the access providers who now claim to "own" it. Instead, its value comes from the gifts and interactions and attention of the people who use it and whose minds it reflects. The central paradox of networks generally is that they are more than the sum of their parts; this network, the internet, is exponentially more than the sum of access plus computers because it allows and generates unpredictable interactions among groups. Once we reframe our theoretical approach to this network, we can move on to assert that access to it, like access to the oceans of this Earth, is essential to human flourishing. And our government has a duty to protect this access. What the telcos/cablecos have is beachfront property, over which access to the sea - the internet - will be required by the public at whatever speed is widely commercially available. Such access will make it possible for humans to use and contribute to this resource into the future, always in unpredictable ways. If the telcos/cablecos degrade internet communications by slowing the rate at which humans can add to the value of this resource (the rate at which we can upload, rather than passively download) and degrading our access to the contributions of others and the global mind that the internet represents, we may have to assert that there is a public interest in access that is greater than protecting these companies' property rights.

On March 11-12, 2006, Stanford Law School's Center for Internet and Society hosted a symposium to explore the development and expansion of the metaphor of "cultural environmentalism" over the course of ten busy years for intellectual property law. We invited four scholars to present original papers on the topic, and a dozen intellectual property experts to comment and expand on their works.
"Law makes long spokes of the short stakes of man," William Empson reminded us. This paper will explore the ways in which the law's impulse to generalize complicates the project of cultural environmentalism, which seeks to build a coalition of groups with very different interests and practices. Though cultural environmentalism attempts to provide an overarching metaphor for preserving a cultural commons for future creators and users of various types of information products, including copyrighted works, the move from the general principle to the specific activities to be protected will be difficult at best.

The talk will outline Benkler's argument that social production is reshaping the production of information and culture, offering new challenges and opportunities to market actors in the networked environment, while creating opportunities to enhance individual freedom, cultural diversity, political discourse, and justice. These results are by no means inevitable, however. A systematic campaign to protect the entrenched industrial information economy of the last century threatens the promise of today's emerging networked information environment.

Invasion of the Computer Snatchers: The Sony Rootkit Incident

Sony's latest Digital Rights Management (DRM)-endeavour earned a charge of "fraud, false advertising, trespass and the violation of state and federal statutes prohibiting malware, and unauthorized computer tampering". The technology installs, unnoticed by the user, a piece of software that prevents consumers from unauthorised copying, is able to monitor and report user behaviour back to the firm and, accidentally, holds the door wide open for Trojans. Under other circumstances one would be tempted to describe such a strategy a hostile "spy at-tack". In case of Sony BMG, this seems to be part of a business model to sell digital music to consumers. The talk will have a closer look at the charges of the EFF and a Californian lawyer against Sony BMG's latest DRM strategy. The Sony BMG case adds a number of interesting new dimensions to the 'DRM and Consumer' debate. The talk will explain why the case is so important, also against the background of similar recent case law in Europe, and why it points into an entirely new direction of talking about DRM.