A podcast that covers creative lifestyles and tries to answer some of the questions we face in our creative journeys. Check in weekly for Black Bulb Creative's podcast on creative work as well as ongoing events in the world.
...more 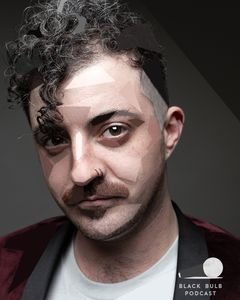 With the recent passing of his beloved dog, Ace Troy decided it was time to let down some walls and allow people in. It has been a constant struggle most of his life hiding his secret and making sure that those who knew did not spread the word. Although he has known for the majority of his life, many did not, and he finally came out as trans over Instagram back in February. Ace Troy comes clean about growing up and knowing, trying to hide it, and his experience in trying to deal with it. A big reason he did not want it associated with him is he did not want it to affect his career. He claims he sees many artists exploit their queer or trans identity in order to further their careers, and that is not something he wanted to do, which is respectable. Tune in to hear all of his story, talk of sex work, and how his dog has forever changed his life.

As always, thank you to Cascade Street Distillery for always providing their delicious alcohol for the show. We certainly cannot have enough of it and wish for you to check them out if you have not! 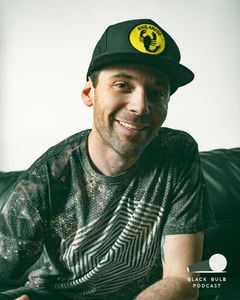 Adam Friedman joins Black Bulb Podcast accompanied by Cascade Street Distillery's South Sister Gin. Adam is an accomplished artist in many facets whether through his painting, installations, tattoos, or commission-based mural work. He is also a teacher leading a new generation of artists in the right direction, letting them know that he will not be able to teach them how to draw, and the amount of time they put in will dictate how good they are. His name, Iron Glacier, comes from Edward Abbey, his favorite author, because he has always been inspired by his work. As reading is a big part of Adam's practice, he appreciates Abbey's way with words. You may even look at one of Adam’s paintings and not realize it was inspired by one of Abbey’s quotes.Tune in to the episode to hear more about Adam Friedman to hear more about his life, his thoughts on art, and how he transitioned into tattooing.

Thanks to Cascade Street Distillery for providing their South Sister Gin. Their alcohol does wonders for relaxing hosts and guests alike. Since they have been a part of the show for quite some time now, I definitely recommend going out and checking out any of their spirits and taste the quality for yourself! 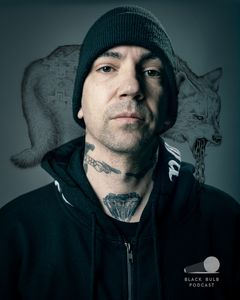 Jesse Hazelip joins Black Bulb Podcast to discuss his art protesting the prison industrial complex. Alex originally met Jesse at his show, Midnight Special, where he was being tattooed in an area the size of solitary confinement, and knew that he wanted to have him on after seeing his art. Jesse is now here to discuss his art protesting the prison industrial complex, being an illustrator, an activist, as well as a tattoo artist; private prison and possible reforms, going to South Africa to paint a mural, and how his favorite tool is the ballpoint pen. Jesse also wants you to start making noise to protest the prison system and see some real change. Tune in to hear the rest of Jesse's thoughts, his recommendations of the New Jim Crow and 13th, and meeting the owner of Juxtaposed! 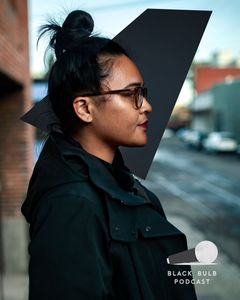 Celeste Noche, a Portland-based photographer, joins Alex and Ben on Black Bulb Podcast this week. Five years ago, she left her job at a tech company in San Francisco and moved to Portland to pursue a career in photography. While here, she noticed a strange lack of diversity. She even wrote an article about it. With this thought, she created a series titled "Portland in Color," which eventually became a full-fledged website. This website aims to connect people of color throughout the art scene in Portland. Tune in to the episode to hear what she has to say! 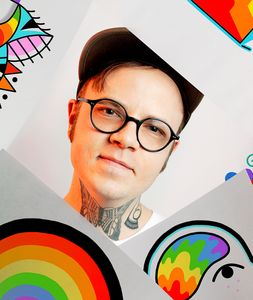 This week, Black Bulb Podcast is joined by Winston the Whale (https://www.instagram.com/winstonthewhale/?hl=en), a well-known tattoo artist based in Portland. He moved here nine years ago from Charlotte, North Carolina, and was heavy into graffiti writing. After some incidents, he started to rethink his art choices and decided to make stickers. Initially, he had a clown, an owl, and a blob. That blob eventually became a whale and became his icon. His tattooing however started off by doing stick and poke for a few friends and grew to become what it is today.

He has done interviews with both Huffington Post and Buzzfeed, which were then reposted by MTV and Teen Vogue as well as gained traction on Reddit, about his anaglyph 3D tattoos. This helped create more buzz around his anaglyph 3D style of tattooing, and tattooing became his career.

As always, thank you to Cascade Street Distillery (http://cascadestreetdistillery.com/) for providing their wonderful spirits for our podcast. We are always thankful to take part in sipping their alcohol as it is always a delight! 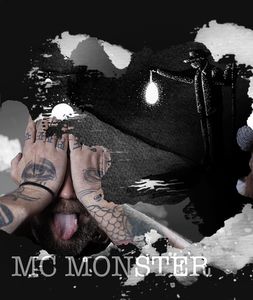 This week, McMonster (https://www.instagram.com/mc__monster/?hl=en) joins us on Black Bulb Podcast. An art style that is described as "whimsical," "dark," and "magical" graces our presence. While living in Austin, Texas, he sold some paintings and realized it was easy to do. He ended up making more money selling his paintings than he did working screen printing for 12 hours a day for 2 weeks. Here is his full story!

Next Halloween, him and Dr. Scott are putting on a show that everyone must see, so be sure to check it out!

As always, thanks to Cascade Street Distillery (http://cascadestreetdistillery.com/) for providing their wonderful alcohol for the show!

#45 - Mentalben: Go to School and Be a Business Major

Coming from a family of artists, Mentalben (https://www.instagram.com/mentalben69/) (real name: Benjamin William Adams) has pursued art all of his life. He joins Alex and Ben this week on Black Bulb Podcast to discuss his history in the industry over a nice pour of Cascade Street Distillery's South Sister Gin. Mentalben is a sculptor, illustrator, animator, photographer, author, and carries a wide array of other talents. He attended Pacific Northwest College of Art in 1987, which at the time, was a part of the Portland Art Museum, as an illustration major before ultimately dropping out in 1989 as he had found a job. This job landed him at Will Vinton Studios, home of the California Raisins, where he worked for a year. While there, however, he decided to learn how to sculpt. With help and guidance, he learned how to do it in six months, which the work culminated in him creating a Michael Jackson Raisin. This was eventually given to Michael Jackson as a gift. Following that, he took an internship at Disney in Florida. Fast forward to 2006, Mentalben ended up at Laika (successor to Will Vinton Studios) where he was a development artist for the Boxtrolls and continued working there for 10 years. He is also an author of the Munchy Crunchy Bug Book. Check out the rest of the episode to hear more about Mentalben's life and his seeing of Portland change as a native throughout the years!

Mentalben also has an upcoming show, In the Valley of She, with many other artists where the art is based on 70's erotica. It will be in early March at Brassworks Gallery. We will update this post once we have the official dates and times. 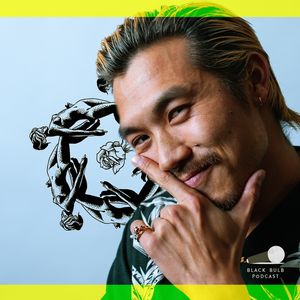 Bryce "Sandman" Wong (https://www.instagram.com/bbbrycewong/) joins Black Bulb Podcast this week to discuss his work and art. His name, Sandman, comes from a joke back in college. They would drink 4Loko, claiming to look for fights, but never fought anyone. His friends would ask, "All right, Bryce, who're you going to knock out? Who're you going to put to sleep?" However, a co-worker at Nike years later asked if he wanted to be called "Sandman." Bryce responded positively, and that was that. His co-worker has been introducing him as "Sandman" since. Bryce has been drawing his whole life and attended design school. Midway through his focus on product design, he realized he did not want to draw chairs, speakers, and the like. This has lead him to where he is now. Check out the episode to hear the rest of Bryce's story!

If you wish to check out Bryce's hard to navigate website, you can find it here: https://www.therealbrycewong.com/

As always, thanks to Cascade Street Distillery (http://cascadestreetdistillery.com/) for providing us with their delicious alcohol that has kept our hosts and guests (when they drink) relaxed and happy!

Spread over two days, Black Bulb Podcast hosted Manatee Commune (https://twitter.com/ManateeCommune) (real name: Grant Eadie) killing a bottle of Cascade Street Distillery's Broken Top in the process. Manatee Commune is an electronic artist from Washington State with genres described as similar to Odessa and Bonobo. He has been producing under the name Manatee Commune for five years, and his efforts have been paying off with an impressive Spotify biography boasting of his achievements. Although this was not his initial choice in life, he had planned on becoming an architect as a kid and envisioned himself as an orchestral performer with his viola; however, he fell in love with production while attending college in Bellingham, and this has lead him to where he is now. Check out the rest of the episode to learn more about Manatee Commune!

As always, thanks to our sponsor Cascade Street Distillery (http://cascadestreetdistillery.com/) for providing their wonderful alcohol! 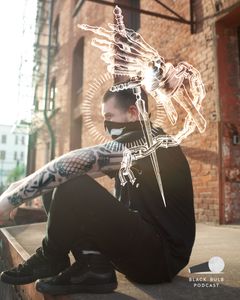 Esque brings a modern touch to a traditional style of illustration. He is as interesting as his artwork, and I really enjoyed having him come by the studio to share his perspectives on today's social media, mental health, and overall artistic wisdom.