The "Lapses" project, developed for the Pavilion of Turkey, consists of projects that demonstrate how the perception of "occurring events" can vary and lead to the differing narrations of history because of lapses in collective memory. The project has been realized through works by two artists: Banu Cennetoglu's "CATALOG" and Ahmet Ögüt's "Exploded City". Both projects reveal the possibility for diverse memory formations or diverse narratives, conceivable through lapses. The project is accompanied by a book series of three volumes: the first volume which is edited by Basak Senova explores the conceptual framework, the process and the spatial design; the second volume, edited by Jalal Toufic, functions as the source, inspiration, reference for the entire project, consisting of philosophical articles; and the third volume, edited by Basak Senova, discuses "lapses" through four case studies. The book series was designed by Eray Makal, 12punto. The "Lapses" project is realized under the auspices of the Turkish Ministry of Foreign Affairs, with the contribution of Promotion Fund of the Turkish Prime Ministry.
...more 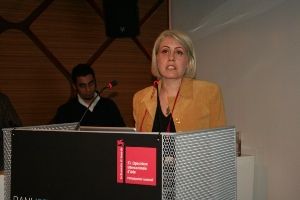