The Authors on the Air Global Radio Network is an international digital media corporation featuring radio talk shows, podcasts, &amp; book reviewers. We are interested in speaking to writers in all genres and other creative people.
...more 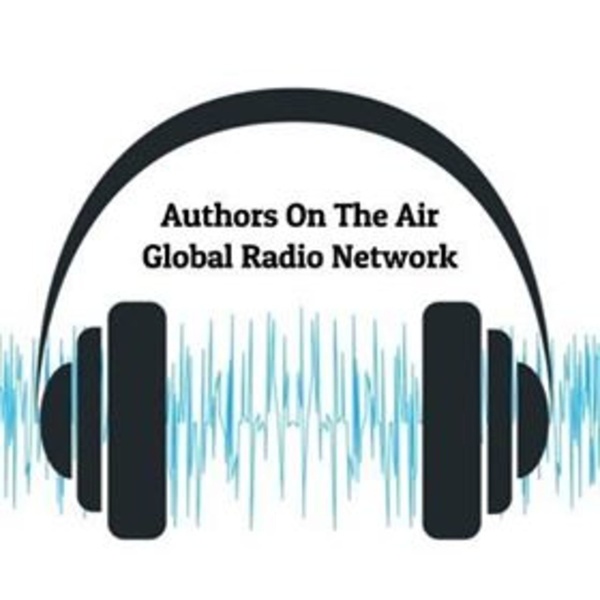 About John: When John Gilstrap's first novel, Nathan's Run, hit the market in 1996, it set the literary world on fire. Publication rights sold in 23 countries, the movie rights were scooped up at auction by Warner Brothers, and John changed professions. A safety engineer by training and education, he specialized in explosives and hazardous materials, and also served 15 years in the fire and rescue service, rising to the rank of lieutenant. I got the idea for my series character, Jonathan Grave. He’s former Delta, released from the Army under circumstances that will be revealed over time, and now he’s a freelance hostage rescue specialist. He’s the finest friend you could ever have, and the worst enemy. No Mercy, the first entry in the series, hit the shelves in June of 2009. The rest is best-selling history!

About Stealth Attack: El Paso, Texas, is a battleground. It’s an open market for Mexican drug cartels to sell their wares. It’s also a destination for teens looking for fun. Venice Alexander’s fourteen-year-old son Roman was there on a school trip. Now, he and a fellow student have vanished without a trace. Assuming the kidnapping is retaliation for his past incursions against Mexico’s crime syndicates, Jonathan Grave leads his covert operatives to rescue their teammate’s son. But the trail Jonathan follows leads him down unexpected paths where he ends up in the crossfire of a deadly vendetta...

eff Abbott is the New York Times bestselling, award-winning author of many mystery and suspense novels. He has been called “one of the best thriller writers in the business” (Washington Post). His novels have been called “compulsively readable” (Chicago Sun Times), “outstanding. . .genuinely moving” and “fresh, original... intricately woven” (Publishers Weekly), “nail-bitingly suspenseful and totally original” (Irish Independent), and “extremely compelling” (Associated Press). He is published in many languages and has been a bestseller in the US, the UK, Ireland, France, Germany, Australia, Portugal, and other countries.

Jeff’s novel Adrenaline was a Summer Great Reads choice by both The Today Show and Good Morning America. His novel Inside Man was a Summer Book Pick by O, The Oprah Magazine, and a Best Beach Reads pick by USA Today. Jeff is a winner of the Thriller Award (for The Last Minute) and was nominated for the Thriller Award for Panic. He is a three-time nominee for the Mystery Writers of America’s Edgar Award and a two-time nominee for the Anthony Award. Jeff’s first novel, Do Unto Others, won both the Agatha Award and the Macavity Award.

His novels Adrenaline, Panic, and Collision have been optioned for film and are in script development.

Jeff graduated from Rice University with a degree in History and English. He lives in Austin with his wife and two sons. 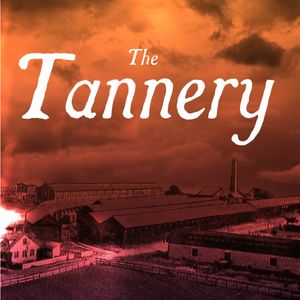 In this episode 264, we visit with Michael Almond, author of “The Tannery,” a story that rings true about racial injustice in 1900 in Wilkes County, North Carolina. The Tannery transports readers to the turbulent world of the post-Reconstruction South. Reflecting issues prominent in today’s headlines, themes of Black voter suppression and intimidation, the violence and depravity of vigilante “justice,” and the rise of Jim Crow drive the narrative to its dramatic and surprising conclusion. Frye Gaillard, civil rights historian, author of “A Hard Rain: America in the 1960s,” says this about the book: “Riveting.... In his debut novel, Michael Almond has given us a page-turner. Far more than a legal thriller, though it is that, The Tannery is historical fiction at its finest - a story set near the turn of the 20th Century in North Carolina. Some of this tale will sound disturbingly familiar to readers in the 21st Century, all the more reason to consider its lessons. History can come alive in a great work of fiction. This is one of those times.” Engage with the show here: https://linktr.ee/CharlotteReadersPodcast Detailed show notes here: https://charlottereaderspodcast.com Facebook: https://www.facebook.com/charlottereaderspodcast Instagram: https://www.instagram.com/charlottereaderspodcast/ Twitter: https://twitter.com/charlottereader Charlotte Readers Podcast is a proud member of the Authors on the Air Global Radio Network and the Queen City Podcast Network. © Charlotte Readers Podcast and Authors on the Air Global Radio Network 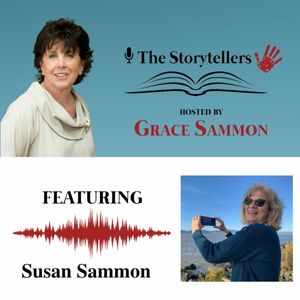 SHOW NOTES: Susan Sammon has been a television studio manager, a food PR executive, environmental scuba diver, alternative educator and small business owner. As a result of her various jobs and interests, she has visited nearly 100 countries, touching down on all seven continents. Traveling for work and pleasure to exotic destinations, Susan had a unique opportunity to develop her image-making skills, which she honed using her iphone camera. Susan is co-author, along with her photographer husband Rick, of 10 books. Her most recent titles, The Oregon Coast Photo Road Trip (2019) and The Route 66 Photo Road Trip (2018) are published by Countryman Press. Currently, Susan is curating her images for a photo note card collection and teaching iphone photography to local community groups. While the pandemic has curtailed her international travel, it has also nurtured explorations of surprising destinations closer to home. Susan lives with her husband in New York’s scenic Hudson Valley. In addition to her work in iphonography, Susan enjoys hiking, gardening and reading. She credits an early book, James Mitchner’s, The Drifters, which she read as a young woman while commuting to a job in New York City, as awakening her desire to visit foreign lands. Great storytelling has always been an important influence in Susan’s life. She now uses her iphone photos as her own storytelling medium, featuring the places and people she has encountered in her travels. The Storytellers hosted by Grace Sammon, focuses on individuals who choose to leave their mark on the world through the art of story. Each episode engages guests and listeners in the story behind the story of authors, artists, reporters and others who leave a legacy of storytelling. Applying her years of experience as an educator, entrepreneur, author, and storyteller herself, Grace brings to listeners an intimate one-on-one experience with her guests. To contact Grace about being a guest on the show, email her at grace@gracesammon.net The Storytellers is a copyrighted work © of Grace Sammon and Authors on The Air Global Radio Network. 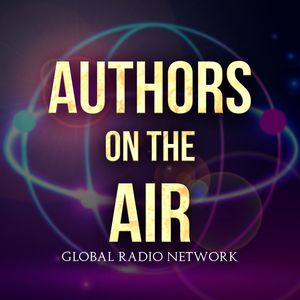 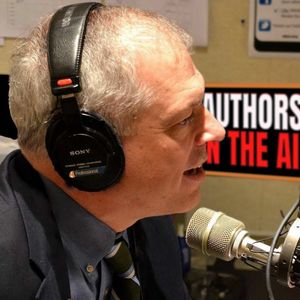 As we think about Thanksgiving, the expression of gratitude to the people who are most important to us can be a powerful professional advantage. 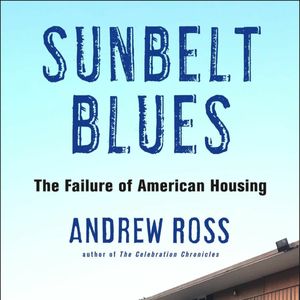 The United States is facing an affordable housing crisis, and Shannon welcomes sociologist Andrew Ross for a discussion about his latest book, Sunbelt Blues: The Failure of American Housing. The book examines the housing crisis through the lens of a central Florida county in Disney World's back yard, offering perspectives on the experiences of people who find themselves homelessness, or on the brink, and the economic factors that have caused affordable housing to be so elusive today. Andrew Ross is participating in the Miami Book Fair 2021, the nation’s largest gathering of writers and readers of all ages from around the globe. Visit miamibookfaironline.com for more information on live and virtual events. You can also follow MBF on social media: @miamibookfair. Our Lives with Shannon Fisher explores personal, political, and societal perspectives of the American experience. The show delves deeply into the worlds of writers, artists, celebrities, and community leaders and offers listeners food for thought about the world in which they live. Follow Shannon on Twitter: @MsShannonFisher. Copyrighted podcast solely owned by the Authors on the Air Global Radio Network, LLC. 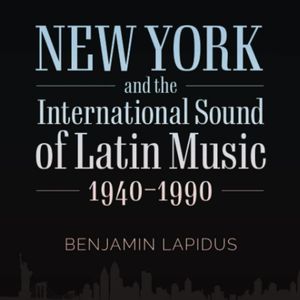 New York and the International Sound of Latin Music: Ben Lapidus on Our Lives with Shannon Fisher

Grammy-nominated musician Benjamin Lapidus joins Shannon Fisher to discuss his new book, NEW YORK AND THE INTERNATIONAL SOUND OF LATIN MUSIC, 1940-1990. Lapidus, a music scholar widely published on the topic of Latin music, examines how interethnic collaboration among musicians, composers, dancers, instrument makers, and music teachers shaped the development of Spanish Caribbean music in New York, cultivating a sound steeped in classical, jazz, and folkloric music. Lapidus is among the authors participating in the Miami Book Fair 2021, the nation’s largest gathering of writers and readers of all ages from around the globe. Visit Miami Book Fair online for more information on live and virtual events. You can also follow MBF on social media: @miamibookfair. Our Lives with Shannon Fisher explores personal, political, and societal perspectives of the American experience. The show delves deeply into the worlds of writers, artists, celebrities, and community leaders and offers listeners food for thought about the world in which they live. Follow Shannon on Twitter: @MsShannonFisher. Copyrighted podcast solely owned by the Authors on the Air Global Radio Network, LLC. 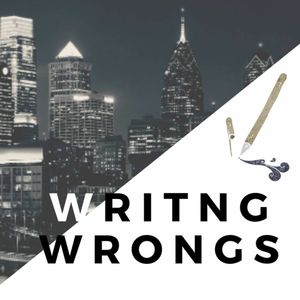 GUEST: David Baldacci has been writing since childhood, when his mother gave him a lined notebook in which to write down his stories. (Much later, when David thanked her for being the spark that ignited his writing career, she revealed that she’d given him the notebook to keep him quiet, “because every mom needs a break now and then.”) David published his first novel, Absolute Power, in 1996. The feature film adaptation followed, with Clint Eastwood as its director and star. In total, David has published 43 novels for adults; all have been national and international bestsellers, and several have been adapted for film and television. His novels are published in over 45 languages and in more than 80 countries, with 150 million copies sold worldwide. David has also published seven novels for young readers. A lifelong Virginian, David received his Bachelor’s degree from Virginia Commonwealth University and his law degree from the University of Virginia School of Law, after which he practiced law in Washington, D.C. In addition to being a prolific writer, David is a devoted philanthropist, and his greatest efforts are dedicated to his family’s Wish You Well Foundation®. Established by David and his wife, Michelle, the Wish You Well Foundation supports family and adult literacy programs in the United States. In 2008 the Foundation partnered with Feeding America to launch Feeding Body &amp; Mind, a program to address the connection between literacy, poverty and hunger. Through Feeding Body &amp; Mind, more than 1 million new and gently used books have been collected and distributed through food banks to families in need. David and his family live in Virginia. https://www.davidbaldacci.com/ SHOW: Best-selling author William L. Myers Jr. will dive in to the thriller genre and recommend books and authors for listeners. http://www.williamlmyersjr.com/ #AuthorsOnTheAir #AuthorsOnTheAirGlobalRadioNetwork #davidbaldacci #writingwrongs #davidmyers www.authorsontheair.com www.facebook.com/authorsontheairglobalradionetwork www.youtube.com/Authorsontheair twitter.com/AuthorsontheAir www.instagram.com/authors_on_the_air @Copyright by Authors on the Air Global Radio Network 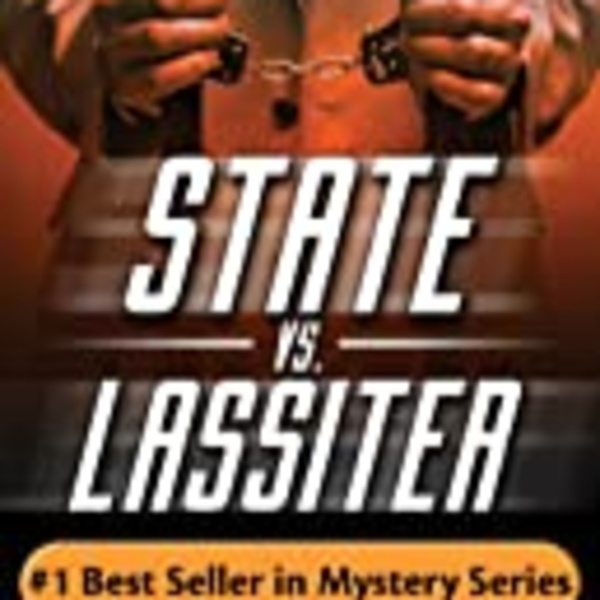 Authors on the Air has obtained permission to be the first media outlet to interview suspected murderer, Jake Lassiter, from his cell in Miami-Dade County lock up. In this exclusive interview, broadcast to a worldwide audience, we will discuss State vs Lassiter with the former football player and his mouthpiece, Paul Levine, Esq . Please join us for this live event --- you won't hear another interview like it.