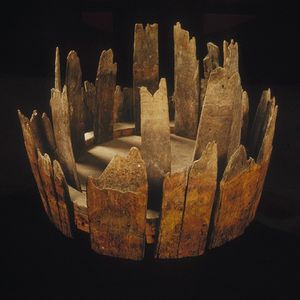 William Buckley was an escaped convict who lived amongst the Wathawurrung people for more than 30 years. Adopted as Murrangurk, he had the opportunity to participate in, witness and later record some of the lifestyle and cultural practices of these First Nations people, at a time before they had substantial contact with colonial newcomers, when their way of life was altered.

Buckley's story is an exceptional one and we begin in Part 1 by learning how he found himself on this side of the world and living amongst the Wuthawurrung. 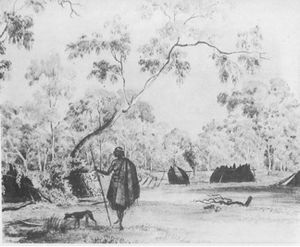 In Part 2 of William Buckley's story, living amongst the Wathawurrung people who adopted him, we hear how he adapted and learned a great many skills. He was able to record many of the practices that allowed his mob to live so successfully, in country that almost killed him. And we learn of tragedies that deeply disturbed him. 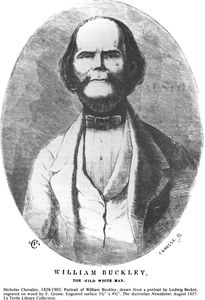 In this final episode on Buckley & the Wathawurrung, we hear about what happened after Buckley made contact with Batman's party from the Port Phillip Association.

Moving back into his original society, he later records his recollections of living amongst the Wathawurrung. 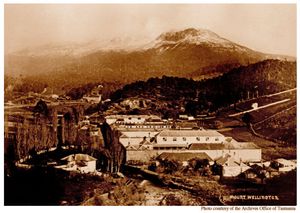 We’re going to look at the female convicts who passed through the Cascades Female Factory, in Hobart, Tasmania, and reflect on the different experience the women convicts may have had, to those of the male convicts.

There are both harrowing and hilarious stories to be told about the institution and it’s inmates. So we’ll focus on the women in that institution in particular, as an example of experiences that might have been familiar to most convict women who were sent out to Australia.

Help support the show with 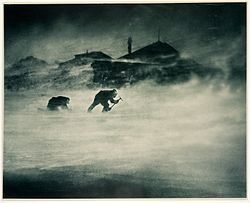 After returning from Shackleton’s Nimrod Expedition and despite rejecting any idea of returning to Antarctica, the trauma of his polar trekking faded and Douglas Mawson began to consider all the exploration & discovery that still lay waiting there.

He set about planning the “Australasian Antarctic Expedition”, to undertake an ambitious scientific & survey program for Australia & the Empire. This time though, the harsh elements would extract a greater cost for giving up it’s secrets. 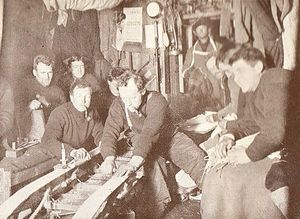 Douglas Mawson, who would later become the leader of Australia’s first Antarctic expedition, undertook his first trip to Antarctica as part of Ernest Shackleton’s “Nimrod Expedition”, 1908. Though he was young and this was his first foray in to the icy territory, his obvious intelligence, robust constitution and leadership skills, marked him out early for momentous work, and he was tasked with joining teams to explore Mt Erebus and to locate the Magnetic South Pole.

The following episode will then focus on Mawson’s leadership of the Australasian Antarctic Expedition itself. 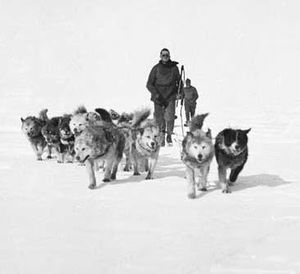 Douglas Mawson’s expedition was well underway, and the teams from the Cape Denison base had returned, after completing their various research programs.

All except Mawson and his team. They had undertaken the most ambitious and distant trek, and were now overdue.

We turn our attention to the trek Mawson, Ninnis & Mertz undertook for the AAE. 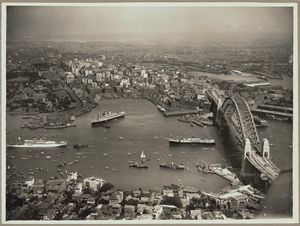 The iconic Sydney Harbour Bridge: After a surprisingly long gestation, it’s path to construction threads through the history, of growth & colonial settlement in Sydney, including the political machinations at state, federal and even international levels.

And that’s before we even consider the working of more than 6 million rivets into the impressive steel structure, now recognisable as a beautiful work of engineering, which Crocodile Dundee spent his early life painting! 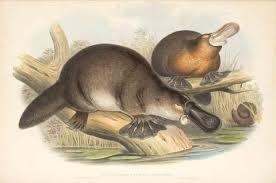 We're retelling the story of the first encounters of the new British arrivals, in Australia in the 1780s onwards, with our wonderful Platypus, the kerfuffle caused when Platypus specimens were sent back to Europe, and we’ll be reminded of the Platypuses’ place in the development of Darwin’s theory, and of our World War 2 relations with the England. 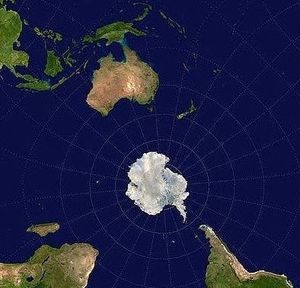 Australia’s first formal expedition to Antarctica in 1911, the Australasian Antarctic Expedition, was led by Douglas Mawson, a geologist from Adelaide University. This episode we’ll look at what brought Mawson to the Antarctic, and at the earlier British expeditions that helped scaffold Mawson’s later venture.

The following episodes will focus on Mawson’s first trip South with Shackleton and then look in detail at the Australasian Antarctic Expedition itself.