National Endowment for the Arts

The National Endowment for the Arts podcast that goes behind the scenes with some of the nation’s great artists to explore how art works. 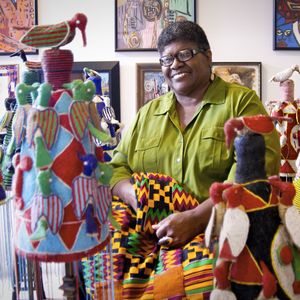 Dr. Carolyn Mazloomi talks about the beauty and power of African American quilts

In this 2015 podcast, quilter, curator, and National Heritage Fellow Dr. Carolyn Mazloomi takes us through her own history with quilts and quilting. She discusses her first career as an aerospace engineer and then her discovery of quilts, especially African-American narrative quilts. She talks about her own process for quilt-making, her work as a curator-- including the exhibit of narrative quilts "And Still We Rise" which traces 400 years of African American history, her founding in 1985 the Women of Color Quilters Network, her determination to carve out a place for African American quilts in American cultural history, and her ground-breaking book. Let us know what you think about Art Works—email us at artworkspod@arts.gov. 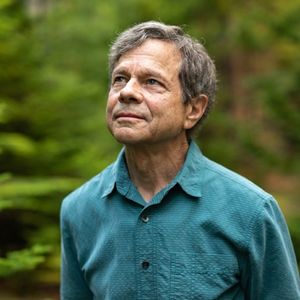 Author and MIT physicist Dr Alan Lightman is the co-writer and host of the new PBS series “Searching: Our Quest for Meaning in the Age of Science.” In this podcast, Dr. Lightman discusses the experience that led to him to write the book Searching for Stars on an Island in Maine, why he agreed to develop the book into a series, his explorations with scientists, philosophers, and religious leaders around the question: how do we find meaning in an age of science. He also discusses his own dual trajectory—a student who won both science awards and poetry prizes, a man who has had two successful careers as a distinguished physicist and an accomplished novelist, (his best-selling novel Einstein’s Dreams puts the readers inside Albert Einstein’s mind imagining possible worlds as he discovers the theory of relativity), the similarities between scientific and artistic creativity, the aesthetics that can drive scientific inquiry, the role of art as a meaning-maker, and the artistry and collaboration involved in making the series Searching. 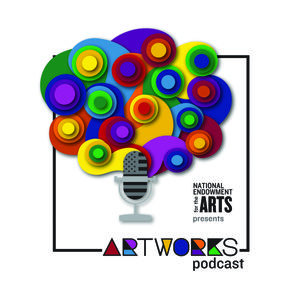 For young adult novelist Pam Muñoz Ryan, a multi-cultural perspective comes naturally. She grew up in Bakersfield, California, with her grandmother who was an Oklahoma pioneer woman moving in as she grew older, and a big extended family nearby anchored by her other grandmother, Esperanza, who was born in Aguascalientes, Mexico. Muñoz Ryan based her novel Esperanza Rising on her Mexican grandmother’s life, and it’s become a classic of young people’s literature—taught in schools and beloved in homes throughout the country. She has written over 40 books, and she casts a wide net in terms of subjects: from the childhood of Pablo Neruda in The Dreamer, to a young kid living in a trailer in Oklahoma in Becoming Naomi Leon, to the magical realism of Echo in which three young people in pre-World War II Germany and post-Pearl Harbor America are connected by an enchanted harmonica. But whatever the topic, Muñoz Ryan knows how to write for young people; her respect for them and the way they move in the world is enormous, and it’s reflected in her writing. (She has the awards to prove it; it’s a staggering list!) In this episode of the podcast, Muñoz Ryan talks about her upbringing, learning the histories of both her grandmothers, her writing in general and writing for young readers in particular. She’s fun, thoughtful, and full of stories.

Novelist and 2016 NEA Literature Fellow R.O. Kwon's first novel, The Incendiaries, was ten years in the making. But that persistence and hard work paid off: the debut novel was named a best book of the year by over 40 publications. It’s a vivid, dark story that deals with faith, loss, a fractured love, and fanaticism. But Kwon herself is anything but dark. Talking about that ten-year journey of writing The Incendiaries, she told me she would wonder, ”Why didn’t I become a dermatologist? I would have been a good dermatologist. I love thinking about skincare.” It’s one of the funny asides that pepper this conversation in which she is also thoughtful about herself and about writing. We find out about the genesis of the book—the loss of her deep Christian faith and her grief over that loss, her deep love for fiction, and her sadness that when she was growing up there were so few Asian-American writers for her to model a career on. Kwon also shares how her love of language tripped up her writing in the novel's early drafts and some of the strategies she used to keep going. It’s a wide-ranging conversation with an engaging, thoughtful, and smart author.

2019 National Heritage Fellow Basque musician, teacher and restauranteur Dan Ansotegui brings his passion for the Basque culture into everything he does. But he also sees culture as a breathing entity—not something set in amber. The roots of the tree may come from the Basque Region, but those leaves are growing in Boise, Idaho. Ansotegui is a great talker. In this podcast, ­learn about Basque music, dancing, and food (he does it all!) and the deep social connections these traditions give a community.

Director Rosa Joshi is a lover of classical theater, particularly the work of William Shakespeare. She is also committed to producing theater in which the cast reflects the demographics of the audience, and she is passionate about creating work that has big, juicy roles for women. That might pose a dilemma to a director who is driven by the text of the play—as Joshi is. But she approaches casting creatively—casting actors of colors in all roles and switching the gender of the play’s characters—so that in her current production of I Henry IV at the Folger Theatre, Wooster, Poins, and Vernon are played by women. Additionally, she is one of the founders of the Upstart Crow Collective—a theater group that creates classical work in which all the parts are played by women. That creative flexibility is one of the reasons Joshi loves theater. As she noted, “There’s nothing you can’t do if you ask the audience to engage their imagination.” Listen to my conversation with Joshi about theater, imagination, Shakespeare, and I Henry IV. Her passion is contagious!

Twenty-five years ago, Julia Alvarez published In the Time of the Butterflies, which was chosen as a Big Read title in 2010. Set in the Dominican Republic, In the Time of the Butterflies is a fictionalized account of the Mirabal sisters, three of whom were murdered by henchmen of dictator Rafael Trujillo for their resistance to his regime. The girls were known in the underground by their codename “Las Mariposas,” or butterflies. Their story was very close to Avarez's own. She spent her childhood in the Dominican Republic, but her family got out. In this podcast, Julia Alvarez discusses how In the Time of the Butterflies came to be, the rich source material she finds in her family's immigrant experience, and how her life as a reader led to her life as a writer.

2019 National Heritage Fellow Rich Smoker has been carving decoys for half a century. He is one of the people who elevated this utilitarian craft to an art form. Rich is a self-described river rat: he grew up along the Susquehanna River in rural Pennsylvania and now lives alongside the Annemessex River in the lower Eastern Shore of Maryland—an area with long and strong tradition of decoy carving. Rich spends hours on the river observing wildlife and pouring through his massive collection of books and images. He’s able to bring those observations and research to his art and realize his vision. Rich is a master of both utilitarian and decorative carving—winning over 500 hundred ribbons, 100 best-in-show awards and a best-in-the world award. But he is also committed to passing this art form to others, particularly younger people and has taught upwards of 2000 students. Rich Smoker is a natural-born storyteller who frequently turns his humor on himself. In this podcast, we learn about his passions: for nature, for carving and for telling a good yarn.

You might know J. Dash as the man who wrote and performed the double platinum song “WOP,” but that hardly scratches the surface. J. is a musician, composer, and producer who is also a great advocate for arts education. He works with schools in his hometown city of Jacksonville, Florida, and his current town of Austin, Texas. And J is a longtime volunteer with the National Association of Music Merchants’ Foundation, or NAAM, making yearly trips to Congress to lobby for more Title IV funds and working with students trying to break into the music industry. Even though he is best-known in the hip hop world, J. Dash is also a big fan of jazz and blues (he used to play in a blues band). And he also has begun to score films and television shows. Have I mentioned he has a parallel career as a computer scientist? What sparks his creativity and how does he juggle all the aspects of his careers? Listen to the podcast and find out.....

Documentary Filmmaker Irene Taylor Brodsky is the daughter of two deaf parents and the mother of a deaf son. Clearly she has thought long and deeply about deafness; as she says, “I’ve never known a life without deafness in it.” Her first feature documentary, the award-winning Hear and Now, told the moving story of Brodsky’s deaf parents, their decision in their mid-60s decision to have cochlear implants that allowed them to hear, and the consequences of that decision. In some ways she has returned to that topic with her latest film, Moonlight Sonata: Deafness in Three Movements. It’s another family story that centers on her deaf son’s desire to play Ludwig von Beethoven's "Moonlight Sonata" interwoven with the story of her father growing old and forgetful, and Beethoven's life the year he was affected by deafness and wrote the iconic sonata. In this podcast, we go behind the scenes of the film with Brodsky and discuss it as a portrait of the place of sound and silence in life.