Top 10 Art and Spirituality of the Russian Orthodox Tradition Episodes 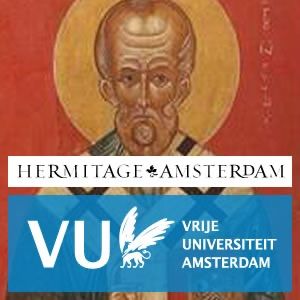 The icon as a living tradition: Diversity within unity in Russian iconography

The icon tradition is rooted in timeless theological truths, which are summarized in the formula of St Athanasius the Great that God became man so that man, by grace, can become god. These truths have informed not only the use but also the style of Orthodox icons over the centuries. This unity of purpose and inspiration explains why we can so readily distinguish an icon from other types of painting of religious subjects. And yet within this unity there is also great variety of style. The icon tradition is not static, as though the icon painter is restricted to precise copying from a set body of work. The realities and events that icons depict are so profound that no one culture, epoch or individual can express their meaning exhaustively. This is why a central tenant of Orthodox spirituality is that each culture should live and express life in Christ in its own unique way, whilst retaining unity of belief and sacrament with the whole Church. This 4 enculturation is a natural continuation of Pentecost, where the twelve apostles preached the same Gospel but in different languages. At its conversion, for example, Russia adopted from of its parent Byzantine culture the forms of its church architecture, iconography and music. But very soon it adapted what it adopted. Architects transformed the round dome into the onion dome; Russian iconographers began to model their figures less than the Byzantines and instead concentrated on the contrast of flat areas of colour; and Znameny chant grew out of Byzantine chant. In this lecture we will first summarize the theological basis of the icon tradition – what is unchanging, and then consider some of the Russian icon schools, their characteristics and what may have produced their particular forms.

Images and Icons within Russian Orthodox

One of the features of Russian Orthodoxy that most strikes Westerners when they encounter Orthodoxy is the prominence of icons, or sacred images. The Russians inherited from Byzantine Orthodoxy a sense of the importance of images in worship, both public and private, that had been enhanced by the 3 iconoclast controversy of the eighth to ninth centuries, and the final defeat of iconoclasm. This controversy, far more important in Byzantium than in the West, made icons a required aspect of Orthodox practice. It also involved the acceptance of an understanding of the place of religious images as ways of disclosing invisible realities, but also a way in which the material found an important place in religious practice, and indeed came to be held to be entailed by God’s assumption of humanity in the Incarnation. Because of the ‘linguistic filter’, all of this became hugely important within the world of Slav Orthodoxy. Orthodox devotion revolved around icons, and, as in Byzantium, they played a role in the defence of the Orthodox nations against attack. Legends traced icons back to the time of Christ; the Vladimir icon of the Mother of God being claimed as the work of St Luke the Evangelist (a claim Byzantine had made for the Hodigitria icon of the Mother of God). Particular icons—especially of the Mother of God—were associated with different places and had their own cult. Icons also provided a way of linking the public worship of the Church with the private devotions of Orthodox Christians: homes came to have a small domestic shrine, the ‘beautiful corner’, krasny ugol.

After a general introduction to the course and information about the practical arrangements, the following subjects will be treated: - The early church and the Eastern Orthodox Church - The Roman Empire and Byzantium - The Old (Church) Slavic language and Russian - Glagolitic and Cyrillic alphabets - The texts initially translated from Greek into Old Slavic - Some samples of Slavic writing: inscriptions on icons

General description of the lecture series plus bibliography.

The traditional date in the Christianization of Russia is 988, the year of the baptism of Prince Vladimir of Kiev. Vladimir received Christianity from the Byzantine Empire (traditionally, after investigating the religious beliefs and practices of neighbouring countries). By the tenth century, Byzantine Christianity was an elaborate construction of beliefs, practices both liturgical and ascetic, philosophy, art and culture, and everything that had come to be associated with the monastic life, which played an especial role in the Eastern Church. With the example of Bulgaria (and probably Serbia)—as well as more anciently Georgia—behind them, the Byzantines brought to Kiev Byzantine Christianity in a Slav dress (unlike the West, where Christianization entailed Latinization). This meant that there was what might be called a ‘linguistic filter’: the Slavs absorbed more readily aspects of Byzantine Christianity that did not need translation—the ceremony of the liturgy, the art of icons, music (though we know little about this), and the practice of monasticism—rather than the complexities of Byzantine theology and philosophy, with the result that Slav Orthodoxy had a different complexion from its parent Byzantine Orthodoxy. Within Slav Orthodoxy, icons and ceremonial, in particular, assumed greater significance than within Byzantine Orthodoxy, as the intellectual culture fell into the background. The sense that Slav Orthodoxy was dependent on Byzantine Orthodoxy remained significant, and led to the Nikonian reforms of the seventeenth century, when the Slavonic liturgical and iconographic traditions were adjusted to correspond with current Greek practice. Many refused to accept these changes, and became known as ‘Old Ritualists’ or ‘Old Believers’, a persecuted minority, whose preservation of ancient iconographic traditions is now greatly valued.

The Place of the Liturgy in Orthodoxy

It is claimed by the Russian Primary Chronicle that it was the experience of the Divine Liturgy in the church of the Holy Wisdom in Constantinople that persuaded the ambassadors of Prince Vladimir to recommend the adoption of Orthodoxy: ‘we knew not whether we were in heaven or on earth... We only know that there God dwells among men’. The experience of the Divine Liturgy remains central to Orthodox experience, not least Russian Orthodox experience. First of all, the liturgy takes place in a sacred space; the church building is divided by an iconostasis which separates the sanctuary (called the altar) from the nave, the clergy from the people. ‘Separates’—but also links and unites: the deacon, in particular, passes between the nave and the altar, and in singing the litanies, carries the prayers of the people into the presence of God. Secondly, the differentiated space makes possible a movement of symbolism—from nave to altar, from earth to heaven. The 5 movement of the liturgy—processions, incensing—draws together heaven and earth. There is a sense of rhythm about the liturgy, which one very soon picks up. The music—sung by human voices, without instruments; that is, by ‘instruments’ made by God in his image—the colour of the icons and the vestments, the splendour of the sacred vessels: in all of this, the material world is affirmed and offered to God. Thirdly, the splendour manifest in this way is the splendour of the Kingdom of God, of the Heavens, which is proclaimed by the priest at the beginning of the Liturgy—‘Blessed is the Kingdom of the Father, and the Son and the Holy Spirit’—and which recurs throughout the liturgy, until before Holy Communion, we beg to be ‘remembered in the Kingdom’ along with the repentant thief.

The Many Voices of Russia: A Survey of Russian Choral Music

This lecture presents a survey of the history of Russian polyphonic choral music, from the earliest experiments at two-and three-part writing in the 17th century to the work of contemporary composers such as Dimitriev and Genin, and including the repertories influence variously by Polish-Ukrainian music and German and Italian styles, the change in approach heralded by Tchaikovsky's Liturgy of St John Chrysostom, and the work of the "Moscow School" and the achievements of Rachmaninov.

This lecture consists of an overview of Orthodox monasticism. The following subjects are treated: - Judaism: Essenes - Celibacy in the Gospels and the Early Church - The Egyptian Desert, Palestine and Syria - Mount Athos - Monasticism in the Slavic world - St Seraphim of Sarov - The elders of Optina - Contemporary Monasticism

Prayer and Hesychasm in the Orthodox Church

One of the features of Russian Orthodox Christianity has been the prominence of monasteries. Soon after the conversion of Russia there was founded the monastery of the Caves in Kiev; later on, there was established by St Sergei of Radonezh the famous monastery of the Trinity (now called the Sergei-Trinity Lavra) outside Moscow. Monasticism had been a feature of Christianity since the fourth century. At the heart of monasticism is commitment to the life of prayer, and in the earliest texts onwards we find 7 discussions about how to maintain a life of continual prayer. In fourteenthcentury Byzantium there arose a controversy about the so-called hesychast monks (‘hesychast’ being derived from the Greek hesychia, quietness) about claims that, through continual prayer, there could be attained the vision of the uncreated light of the Godhead itself. Hesychast monks were important in the bringing of Christianity to the region around Moscow in the fourteenth century (the circle of St Sergei). The notion of contemplating the uncreated light of the Godhead is manifest in iconography, especially of the Transfiguration of the Lord, about this time. The hesychast monks came to be associated with a practice of inward prayer (‘prayer of the heart’) achieved by practice of the Jesus Prayer (‘Lord Jesus Christ, Son of God, have mercy on me, a sinner’): a prayer that became very popular in nineteenth-century Russia, as the famous book, The Way of the Pilgrim, bears witness.