In line with a long literary tradition of the artist as propagandist, who strives to appeal to the political, moral, and social conscience of his/her readership, writers have persistently crossed the divide between art and politics both in their works and in their roles as public intellectuals, cultural critics, and political activists. Moreover, established authors have, with striking regularity, taken advantage of their celebrity status in order to draw attention to specific socio-political agendas, thus demonstrating the convertibility of ‘celebrity capital’. The talks in this symposium - hosted by The Oxford Research Centre in the Humanities on 5 March 2016 - address the complex interplay of authorship, politics, and fame/celebrity within an Anglophone cultural context across historical periods and media, covering a broad spectrum of themes that include literary celebrity and the politics of class, gender, and race; the tension between authorial self-fashioning and media appropriation; and the dual commitment to art and action of writers in political office. Image: Hawthorne Literary Mural, Portland, Oregon, by Jane Brewster (www.janebrewster.com)
...more

Top 10 Art and Action: The Intersections of Literary Celebrity and Politics Episodes 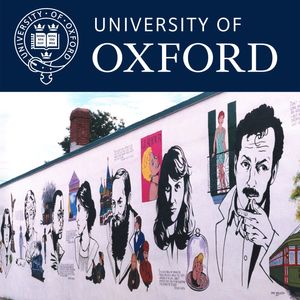 In this roundtable discussion, Caroline Davis, Olivier Driessens, and Peter D McDonald reflect on literature as a mode of public intervention. The members of this expert panel, chaired by Elleke Boehmer, explore the socio-political dimension of literary production and launch a plea for institutional readings of literature that acknowledge the crucial gatekeeping role of publishers, literary agents, critics, and prize-giving bodies. Focusing on J.M. Coetzee's 'Diary of a Bad Year', Peter D McDonald (University of Oxford) reflects on the ambivalent status of literature as a form of public discourse. Caroline Davis (Oxford Brookes), analyzing the refashioning and repositioning of African writers for the UK and US markets, provides intriguing insights into the publishers' interventions in the cross-field migrations between art and politics. Olivier Driessens (University of Cambridge) then stresses the need for us to shift our focus from the author as a lone genius to the collaborative processes involved in the creation of literary reputations.

Sandra Mayer explores Disraeli's dual commitment to art and action against the background of Victorian celebrity culture. Benjamin Disraeli's papers in the Bodleian Library allow for an intriguing glimpse into the public reception of his dual role as a successful novelist and eminent statesman. Analyzing a selection of these popular responses to Disraeli's dexterous cross-field migrations, Sandra Mayer (University of Vienna/Wolfson College, University of Oxford) discusses the dual commitment to art and action of celebrity writers in political office and its reverberations in nineteenth-century fan culture.

Kate McLoughlin offers an intriguing case study of the gendering of writerly fame. Kate McLoughlin (University of Oxford) talks about the textual war between Ernest Hemingway and Martha Gellhorn in the pages of Collier's Magazine in July 1944. The story of the magazine's editorial interventions in presenting their D-Day dispatches tells us about authority and ambition in print, how men and women correspondents were valued during World War II, and the premium placed on the eye-witness account of a male 'national treasure'.

Texts, Talks and Tailoring: Adichie and her Fashion Politics

Matthew Lecznar assesses the fashion politics of Adichie's fiction and public discourse Matthew Lecznar (University of Sussex) identifies the politics of fashion as central to the rise of Nigerian author Chimamanda Ngozi Adichie to international prominence as a literary celebrity and public intellectual. He suggests that Adichie’s fashion and body politics function not only as media of self-promotion but must be regarded as a transmedia space that allows her to reach diverse audiences of different socio-economic and cultural backgrounds.

The Rhetoric of Fame: Persuading the People in Early Modern England

Kate De Rycker demonstrates that the social role of 16th-century English writers was becoming increasingly affected by the developing concept of celebrity. By looking at the 'Marprelate Controversy', the 'paper war' between the fictional persona of the Puritan Martin Marprelate, the established Church, and later professional writers, Kate De Rycker (University of Newcastle) argues that celebrity can indeed be considered to be a developing concept in the late sixteenth century, with the rise of cheap print, the awareness of an unknowable audience, and the language of rhetorical persuasion.

Between Morality and the Marketplace: Literary Celebrity and the Transatlantic Anti-Slavery Movement

Simon Morgan discusses the tensions within the transatlantic anti-slavery movement between literary celebrity and moral responsibility. Simon Morgan (Leeds Beckett University) examines these tensions through the contrasting cases of Frederick Douglass and Harriet Beecher Stowe: the former trying to use his status as an ex-slave and anti-slavery orator to promote himself as an author, the latter using her status as international literary celebrity to claim authority as a spokeswoman against slavery. For both literature was an avenue through which they could intervene effectively in political debate and construct their public personae.