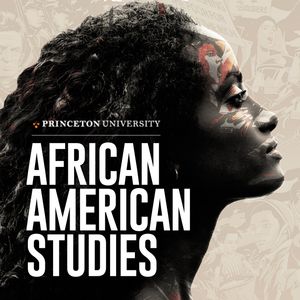 Over the past decade, historians have probed the relationship between higher education and slavery through innovative public-facing projects that raise important questions. What role have academic institutions played in perpetuating racial inequality? How are scholars and students today working to hold universities accountable for past and present injustices? What role should public engagement play in shaping the future of scholarship and the mission of the university? As campuses buzz back to life, our hosts Ebun Ajayi and Mélena Laudig discuss the legacy of universities and slavery with up-and-coming scholars in Black Studies: R. Isabela Morales, Charlesa Redmond, and Ezelle Sanford, III.

Editorial Board, “After five years of student activism, it’s time for the U. to stop dragging its feet,” The Daily Princetonian, July 2, 2020

Maya Kassutto, “Remains of children killed in MOVE bombing sat in a box at Penn Museum for decades,” BillyPenn, April 21, 2021

Benjamin Ball, “Students hold protest in solidarity with MOVE,” May 2, 2021

Association of Black Anthropologists, “Collective Statement Concerning the Possession and Unethical Use of Remains,” April 28, 2021

Dr. R. Isabela Morales received her Ph.D. in history from Princeton University in 2019 and is Editor and Project Manager of the Princeton & Slavery Project. Her first book, Happy Dreams of Liberty: An American Family in Slavery and Freedom, is forthcoming from Oxford University Press in 2022. After two years working for the 9/11 Memorial Museum, she will join the Stoutsburg Sourland African American Museum while working on her second book project.

Dr. Ezelle Sanford III is an Assistant Professor of History at Carnegie Mellon University and received his PhD in history of science from Princeton in 2019. A scholar of African American, medical, and urban history, Dr. Sanford’s book project, Segregated Medicine: How Racial Politics Shaped American Healthcare, explores the history of racial inequality in healthcare through the lens of St. Louis’s Homer G. Phillips Hospital, America’s largest segregated hospital in the mid-twentieth century. Before coming to his current position, Dr. Sanford was a Postdoctoral Fellow and Project Manager for the Penn Medicine and the Afterlives of Slavery Project.

Charlesa Redmond is a Ph.D. student in History at Duke University. A 2017 graduate of Princeton University, her senior thesis work was based in materials made accessible through the Princeton & Slavery Project. Her Ph.D. research aims to explore how colleges and universities tried to answer “the slavery question,” and how such answers manifested themselves into tangible actions—frustrating the slave trade at times while furthering it at others.

Penn & Slavery Project and Penn Medicine and the Afterlives of Slavery

Rachel L. Swans, “272 Slaves Were Sold to Save Georgetown. What Does It Owe Their Descendants?” The New York Times, April 17th, 2016