A Chicago-based craft beer podcast with beer and events reviews. Visit our website at www.abvchicago.com!
...more 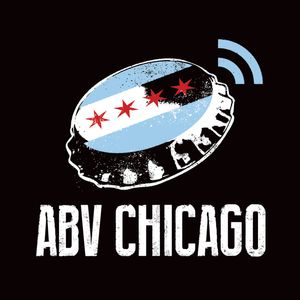 We’re on flavor sabbatical for a week, so we’re looking around for minor trends to cover that we haven’t properly explored. As a twist on the traditional German lager, Mexican-Style lagers usually use maize or corn as part of the grain bill, but we find that no two American-made takes on this style are the same. (Thankfully!) There’s also an ongoing game involving America’s most prominent mutation of Mexican culture: Taco Bell. We also try and solve a nice balloon mystery, get hoisted by our own stupid petards, develop exciting new bar games, and gush over our new obsession - The Bell Beefer.

For a few years running, Cruz Blanca’s Luchador series has been perhaps the most inspired and creative lineup of the holy trinity of Chicago barrel-aged beer special releases. We get a mouthful on this episode, as we drink through all eight of these big and burly beers aged in a seemingly endless number of different barrels. And it’s only half stouts; find out what kind of magic Cruz gets up to with Imperial Blonde Ales and Imperial Rice Ales. In addition to our complete remote tasting (with head brewer Jacob Sembrano giving us frequent text updates), we talk about the new life philosophy to help endure the rest of the year, our desire for some dry-bushed beers, and why we might be bailing on barrel-aged December prematurely. Suizo!

In preparation for a Black Friday like never before, we got a chance to sample through this year’s full lineup of Goose Island’s Bourbon County to help you decide exactly how many online lotteries to enter. Though there are no headline-grabbers like Double Barrel or Rare this year, the seven beer lineup is impressively consistent, even though our individual rankings are very divergent. Get the stories behind these beers (as relayed through us from the media tasting with the Goose team), and find out which one Craig calls a “throwback to Rare” and which one Ryan believes is the best of a particular type of variant that we’ve seen in ages. Also, we try and come up with the Seven Beer Wonders of the U.S., relive some missteps of BCBS past, and rebrand as just a couple of nuts in the flavorspace.

As if this year hasn’t been cruel enough, we once again try and assemble a tapestry of nightmares out of old and bad beers. Each host brings the three worst beers they could find to this modified remote version of our yearly late October tradition, and the results are not at all what we would’ve expected. Also, Ryan is trying to make his kids not scared of ska, someone peed in Craig’s soda, and we almost stumble backwards into a Red Ale show. This show is also a tribute to the resilient liquor stores and bottles shops that - despite insistence otherwise - refuse to take old beer off the shelves nor mark it down in any way. This episode is like a haunted beer museum with the ever-present threat of hearing someone gag on microphone - but, like, better than that sounds. The host will let you in....SOON.

In need of a haze hiatus but unwilling to give up our hop addiction, we are ISO IBUs as we sample through five West Coast-style IPAs to travel back to a time of malt, bitterness, and clarity. It was exactly what we needed, as this lineup becomes one of the best front-to-back that we’ve had in a while. Also, we add some utility to our quarantine wardrobes, Craig is a self-appointed dank expert who once appeared on Nickelodeon’s Legends of the Hidden Temple, and Ryan is drinking a Celebration with his mind. We also discuss the world’s most perfect song and explain why it’s Vin Diesel’s “Feel Like I Do.” (Send Malort.)

For the first time since this podcast started almost seven years ago, there’s no trip to Denver to drink beer at the Great American Beer Festival - and we’re feeling a little sad about it. So we embark on a gleefully nostalgic and self-indulgent episode, wherein we revisit some favorite memories (and interviews) from the first five years at GABF all while drinking five beers to represent years 2014-2018. You’ll hear some brief interview snippets from the past, including Sam Calagione (Dogfish Head), Jay Goodwin (The Rare Barrel), Jeff Stuffings (Jester King), Randy Mosher (Forbidden Root/being “The Mosh”), and Tomme Arthur (The Lost Abbey/Port Brewing/The Hop Concept). We also have a few ridiculous pizza stories, share our all-time top 20 beers from GABF, and fire up a game of Doom on a pregnancy test. It’s also a bit of a meditation on how beer has changed since 2014 through the observation of trends shifting from year to year at America’s largest beer festival. It’s a long one, but we hope you dig it.

It’s as good a time as ever to take time to chill with some simple and refreshing pilsners, so we try to lower our resting heart rates through a little lager love. We drink five different pilsners that offer a surprising amount of variation for the style, and we try not to let the prospect of arbitrary rankings stress us out. Also, we workshop some tech puns for our IT friends, name all the crazy bassists (well, two of them), investigate the hot dog bun conspiracy, and reclaim our rightful title as “barely a beer show.” And there’s a game about CBD products as well because we were too blissed to say no. It’s Chill Pils. Take one with us, friend.

On Tour Brewing Company - Lightning Will

Enshrouded in a dark and mysterious energy, Illuminated Brew Works has become a cult favorite in Chicago - because they are probably an actual cult. Our initial apprehension becomes open-armed acceptance as we ingest Five Sacraments of IBW, and dabble in the mystic arts. (Actually, we just use a really bad online Ouija board, but hey, we’re trying!) Additionally, we pay tribute to legendary baseball names both real and fictional, wonder what happened to mobile canning, weakly pitch the Magic 8-Ball movie, and face a few phobias. Will this podcast delight your senses? All signs point to, “maybe.”

In a state chock full of great hazy IPA producers, More and Phase Three still stand amongst the best and most-revered. The fact that they have an intertwined history adds to the stakes of our totally arbitrary blind battle of the haze wherein one brewery will be crowned winner, and the other will be crowned, “still very excellent.” We also attempt to guess the beers based on what we know about ABV, style, and hop profiles - and the results are mind-melting. Also, Craig gets caught up on six month-old beer twitter, Ryan buys a kite at a hardware store, Gerry Rafferty is on the line, and we demand to bring bitterness back.

Once more of a niche taproom-only style, the Triple IPA has become a more common sight on the shelves thanks to craft beer customers who never say no to more. Hazy or not, these five beers are aiming for the target between too sweet or too strong, and a few veer a bit off course. But they’re still fun to drink, and we find ourselves in mid-show form pretty early on. Also, we are looking to improve our specialized email closings, attempting to decode the Enigma, addressing the butt chugging critics, and getting absolutely riled up over potato pancakes. Stream ya later!