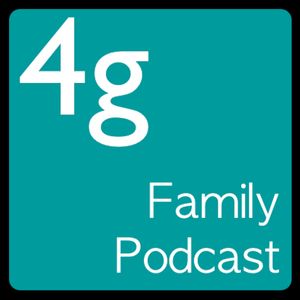 In this lesson we learn of John the Baptist, a prophet who was compared to Elijah and who helped prepare the people to receive Jesus. After 400 years recovering from exile, submitting to the rule of multiple conquering nations and experiencing extreme religious persecution and corruption, the people were blessed with a prophet! This was good news preparing for Good News!

As Matthew reminds us, he was the (partial) fulfillment of Isaiah 40. The video of the pertinent section of Handel's The Messiah that covers this passage is found here.

A reasonably concise review of the intertestamental period is found here.

In this lesson, we review Matthew's account of the birth of Jesus. There is comparison and contrast with Luke's version.

Prior to beginning this first lesson in Matthew, the class heard the Gaither's "There's Something About That Name".

The book of Matthew highlights Jesus' genealogy and his connection to God's covenant promise to David.

Finishing Exodus - The End of the Beginning

Our look back over Exodus reminds of God's power, faithfulness, holiness, leadership, redemption and presence. The time covered by the book shows the rescue, unification and plan for the new nation of Israel -- God's people who have been promised an amazing future (if and when they take it).

Answers to the "homework" (Thanks Bill!) are shown below:

Why do you think Exodus starts off with a review of Jacob’s family?

Jacob’s family (Israel) had been in Egypt over 400 years and the story of how they came to be in Egypt had most likely been lost through the years. In fact the promise of a gift of land forever that God made to Abraham, Isaac and Jacob most likely was also lost on the generation at was residing in Egypt at this time. The story of how God’s provision through Joseph was most likely forgotten as well. History, knowing what has happen in the past, it important for each of us.

Why was Pharaoh such an affront to God?

At this time in human history Egypt was the most powerfully nation on earth. Pharaoh thought he was the best or in his mind he was god. As we learned in Isaiah, God said through the prophet “I am God and there is no other”. Pharaoh was who he was because God allowed it and in the end, God showed His power to Pharaoh and the world.

Why are the plagues such an effective condemnation of Pharaoh?

Egypt had many gods and each of the plagues showed just how ineffective--false Pharaoh’s gods were. (1) The Nile turned to blood—Egypt had a god to the Nile-Hapi and Isis. (2)Frog’s—frogs were a fertility symbol. (3) Gnats Set-god of the desert (Bible Knowledge) (4) Flies were especially to the Egyptian god of Uatchit (Wiersbet). (5) Egyptian cattle die—some of the gods were farm animals-another attack on the Egyptian religion. The Israeli cattle was not harmed (6) Boils on everything living thing—Sekhmet the goodness with power over disease (Bible Knowledge) (7) Hail—Nut the sky goddess (8) Locusts—Osiris god of crops (9) Darkness—Re and Horus sun gods (Bible Knowledge) and (10) Death of the First Born—god’s of reproduction and childbirth.

How is the parting of the Red Sea echoed elsewhere in Scripture?

The Red Sea is mentioned two times in the new Testament Acts 7 in Stephen’s sermon and in Hebrews 11—the Faith chapter. In the Old Testament the crossing of the Red Sea is mentioned several times to remind Israel of God’s faithfulness—Moses in Deuteronomy, In Joshua, in Nehemiah, in Psalms (106 and 136) and in Jeremiah. All the reference was to remember history.

What are the implications of God giving the Law to His people?

In Exodus the Law was given to restore order after having been slaves for so many years and to teach them to love and obey Almighty God. Paul told us in Romans 7:7 “I would not have to know sin except through the Law”

What are the implications of the presence of the Tabernacle?

God has always wanted to have fellowship with the human race, His highest creation, and He chose Israel to be His own possession (Ex 19:5). In the process of bring order; the Tabernacle was a place of Worship and place of God’s presents. It was a shadow as Hebrews tells of things to come, that is a better Priest and sacrifice in the Lord Jesus.

What Biblical Themes does Exodus Illustrate?

When Moses came down off the mountain his face shown with what is called Shekinah glory. Then, a veil was used. In this study we learn how Moses used the veil and what Paul thought about it.

Homework for next week's conclusion to the Exodus study:

Exodus 33-34:9 The Response to Rebellion

Subsequent to the Israelites rebellion into idolatry with the creation of the golden calf, God informs Moses and the people of the consequences. But, Moses entreats God to show mercy on "His people" and God does confirm His loving kindness.

Bill mentions a famous hymn "He Hideth My Soul". Here's a nice version by Guy Penrod.

I heard something one time to the effect that "God's will done God's way will never lack God's provision". Not sure who to attribute but, this passage certainly illustrates the concept.

The chapter introduces Bezalel, the "project manager and general contractor" for the Tabernacle. Here we learn a bit more about who God is and how he works. Compare and contrast God's actions here with Ephesians 2:10, Romans 12:4 and 1 Corinthians 12:1-11.

God could have constructed the Tabernacle with a thought. Yet, he chose people. He still does.

Exodus 27-30 The Tabernacle Courtyard, The Priestly Garments, The Dedication of the Priests

The text continues to describe the tabernacle and furnishes and then the focus shifts to the priests.

This video (~4 mins) gives a good overview of the Tabernacle layout along with the furnishings.

This video (~7 mins) shows a very detailed (modern) construction of the priestly garments. What amazing artisans they must have been in antiquity!

The baptism of Jesus by John gives opportunity to define a starting point to Jesus' ministry, to see a picture of the trinity, and to take a look at the topic of baptism. Of course, John wasn't performing "Christian" (believer's) baptism and Jesus didn't need to repent. Yet, Christ was eventually to take on the sin's of the world so it was proper for him to identify with the sinners that were coming to John.