Aunty Monkey is a podcast for ballooning enthusiasts. In each episode we discuss different aspects of the sport of ballooning.
...more 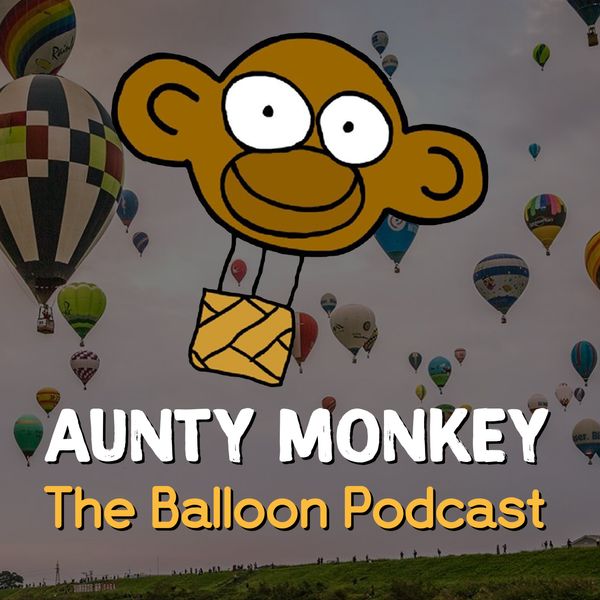 Leandro Corradini is a multi-discipline pilot and has been intimately involved with the paragliding and paramotoring world. His love of light weight, portable, personal aircraft led him to identify a gap in the ballooning market for this type of aircraft, so he decided to do something about it. After two years of planning and design, he launched his new Light Sport Aircraft, named FLYDOO, two weeks ago, and a new balloon company was born.

As you will hear in this interview, Leandro is passionate but realistic about the innovation his company is delivering. He has identified his market as other sport aviation pilots (such as paragliders or glider pilots) and also existing balloonists looking to down scale or looking for something lighter for their recreational flying.

In this episode, Andrew chats to the newly crowned World Champion, Dominic Bareford. Dom is a young UK pilot that has been dominating competition ballooning this year. You just need to look at some of his results in the last 6 months to see how well his is flying.

Tim is the lead protagonist in the birth of the modern Annex 2 ballooning scene in the UK, more commonly known as experimental ballooning to the rest of the World. Tim is a force of nature when it comes to his passion for life and encouraging and training other people to get involved in building their own balloons.

Tim comes from a family of fixed wing pilots with his grandfather and father being pilots, his 4 daughters are also now pilots. Aviation runs in Tims veins but his primary career has been in agriculture, specifically targeted at pregnancy scanning in animals. At 40 Tim decided it was time to make a shift in career and set about becoming a commercial airline pilot and did this for the next 18 years.

Tim's family owns Sackville airfield in the UK and has dedicated himself to saving the local gliding club. Sackville also forms the base for his balloon building exploits and also hosts one of the biggest ballooning events in the UK. He has been the Chief Flying Instructor for the gliding club and is a true enthusiast in all senses of the word.

In this episode, Adam talks to some of the World's best pilots about the upcoming 2018 FAI World Hot Air Balloon Championships in Großsiegharts, Austria. The guests include:

In this episode, Adam sits down and chats with Paul Stumpf. Paul Stumpf has been building, flying and maintaining balloons for over 40 years. He is one of the best known repairmen in the US and is based out of the North East USA in the state of Vermont.

Paul's business Stumpf Balloons is best known to the wider ballooning community for its revolutionary Mail Order Catalogue which was extremely popular through the 80’s and 90’s providing bespoke balloon accessories to its customers.

Paul's passion for photography led him to cross paths with his now long time Mentor, Brian Boland while in high school in the early 70’s and the rest, as they say, is History.

Paul build his first balloon when he was 17, right when the ballooning scene was starting to mature in the USA. After finishing his Fine Arts degree at University and still hoping to become a photographer his life took a different turn and he became a full-time balloonist, and the two passions have never left him.

In 1982 he opened his repair station and with this, his ride business, the mail order catalogue and the enormous growth of ballooning through the USA in the 1980’s, he was a very busy guy.

Over the past 10 years Paul has gone back on his original entry point into ballooning by focussing on making balloons again. His experience and skill are well used in building ultralight, compact balloons for his customers and pushing the boundaries of what is possible in the ultra-light field.

In this episode, Andrew sits down and chats with ballooning manufacturer and pioneer, Phil Kavanagh. Phil has been building and flying hot air balloons for 50 years.

In this interview, Phil talks about the early days of ballooning and some of his adventures including attempting to fly over Mt Everest in the 1980s and trying to fly across Australia in a Rozier balloon.

In this episode, Andrew sits down and chats with The Flying Lemmings. They are a self proclaimed bunch of self-indulgent millennials flying balloons and mucking around.

The Lemmings are all about promoting the fun of the sport of ballooning and have created an exciting young culture in the the sport that has started attracting more and more like minded folks to ballooning.

In this episode, Adam chats to FAI President of Honour, Dr John Grubbström. John is one of a kind. Intelligent, respectful, committed, fun, and completely addicted to all forms of aviation.

John’s ballooning career started in the early 1970’s and in 1974 he acquired his hot air balloon pilot license. John is not the sort of guy who can just be involved though and his leadership and commitment and it wasn’t long before he became president of his local balloon club John organised the first European Championship in Sweden 1976 and was the event director. In 1979, John was in the organising committee of the World Hot Air Balloon Championship in Sweden and was also its event director.

After 10 years serving as Vice President of the World governing body for Airsports the FAI, John became President in 2010 and completed his maximum 3 terms in 2016. He was subsequently awarded the title of FAI President of Honour, a role he fulfils to this day.

In this episode, Adam chats to Petr Kubicek. From humble and quite recent beginnings Kubicek balloons has grown into one of the powerhouse balloon manufacturers in the World. The Kubicek story is fascinating with the beginnings of the business directly linked to the end of communism in the then Czechoslovakia. Petr’s father Ales founded Kubicek balloons and was one of the pioneers of ballooning in Czechoslovakia in very difficult times. Following a sudden and terrible accident to his father, Petr is now responsible for all the Kubicek family businesses which include hot air balloon production, fabric manufacturing, inflatables.

In this episode, Andrew talks to Nicola Scaife about competition ballooning.

Nicola is an Australian balloon pilot with a passion for competition. She lives and flies in the beautiful Hunter Valley, NSW, Australia, with her husband Matthew and their son Hugo. She works as a commercial hot air balloon pilot for Balloon Aloft, flying up to 20 people in her basket each morning.

In 2013, Nicola competed as a pilot in her first ever hot air ballooning competition. Since then she has achieved some great results and is continuing to improve. In 2014 she became the 1st Women’s World Hot Air Ballooning Champion. In 2016, she defended her title. Her goal is not only to be the best female but also to be a competitive pilot in open competitions and to challenge the men!