An atypical piece of writing by Mark Twain, the short bawdy skit documents a conversion between Queen Elizabeth and several notable writers of the time, including Sir Walter Raleigh, Francis Beaumont, Ben Jonson, and William Shakespeare. Despite first being published in 1880, the piece remained anonymous for a period of time, until it was later acknowledged by Twain in 1901 as his own. Comprised of humor, descriptive imagery, ribald connotations, and vulgar language, the faux conversation is simultaneously humorous and repulsing, but nonetheless a wonder for its satirical precision. Written as a fictitious dialogue between Queen Elizabeth and her guest luminaries at court, the short story is accounted in a diary entry by one of her disgusted cup-bearers who observe the scandalous conversation of scatological nature. The conversation is instigated by a thunderous and foul reeking fart as the group begins to discuss its features and origin. Each individual subsequently comments on the issue and their experiences with flatulence. The conversation then takes a different direction as the topic of sex is introduced, and the individuals discuss various customs and rumors they have heard, including sexual appetite, physical features, and shocking sexual exploits. Furthermore, the issue of poetry and religion are put forward, with Shakespeare beginning to read poetry, hence prompting the characters to discuss poets, their work and ingenuity. The narrator continues to effectively record each shocking assertion as the conversation heatedly progresses. The short piece allows the audience to witness a completely different side to Mark Twain, as he criticizes literary figures and their works through his fantastic instance of potty humor. Entertaining and humorous throughout its short but rich content, the piece is a jewel considering its characters, historical context and the lewd imperceptible style employed by the great Mark Twain.
...more

Top 10 1601: Conversation, as it was by the Social Fireside, in the Time of the Tudors by Mark Twain Episodes 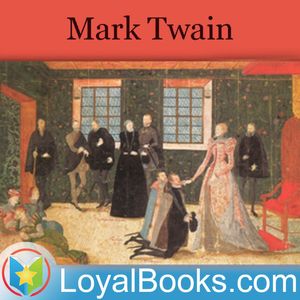