Stories from Washington State Magazine—connecting you to Washington State University, the state, and the world. We'll take you into the lives, research, and experiences of the WSU community, where Cougs from all over talk with us about everything from new ideas and fascinating memories to books and food.
...more 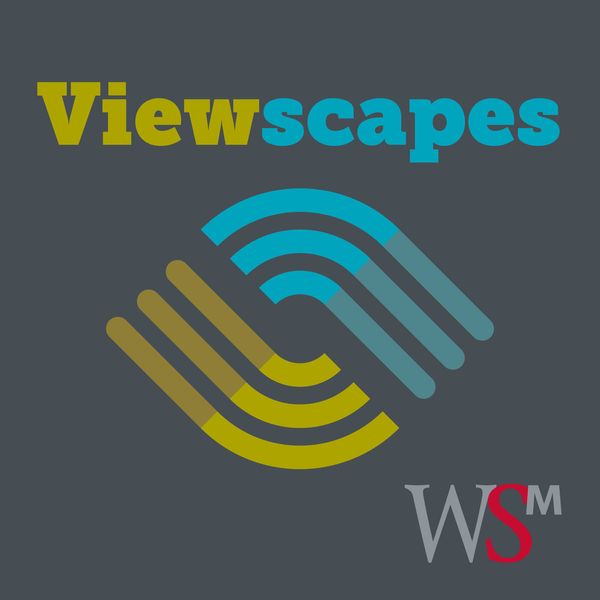 Art experiences and happiness: a visit to the museum

Can experiencing art improve your wellbeing? What better way to answer that question than to visit an art museum at Washington State University.

Ryan Hardesty, executive director of the Jordan Schnitzer Museum of Art WSU, takes Washington State Magazine editor Larry Clark on a tour of the museum in WSU Pullman’s Crimson Cube. They have plenty to discuss about how people benefit from seeing, hearing, and experiencing art as they visit the exhibits—including Trimpin’s sound sculpture, Keiko Hara’s works of landscapes and dreams, Juventino Aranda’s powerful explorations of identity and home, and Irwin Nash’s photographs of Latino lives in migrant worker communities of the Yakima Valley.

See the exhibits and find out how to visit the museum at museum.wsu.edu.

Read more about art and happiness in “The joy of handiwork” in the Fall 2022 issue of the magazine.

A boatload of ideas for fungi

There are a million things to do with fungi, from boats to book covers to medicine for bees. Katy Ayers, a Washington State University student and avowed mycophile has done some pretty amazing things with mushrooms and fungi, including a world record canoe and homes for bees.

In this episode, we talk with the bioengineering and biochemistry major about her many ideas, the fungal revolution, and that famous MyConoe.
Read more about fungi saving the bees, helping plants, and modeling a way to make biofuel stock in “It’s fungi to the rescue,” Winter 2022 issue of Washington State Magazine.

Larkin Campbell: A view from the middle

Larkin Campbell calls himself an unknown actor. Now the Washington State University alum takes us behind the scenes of a life in Hollywood, not as a celebrity but as someone who loves the industry even if only a few recognize him.

In this episode, Larkin talks about his WSU memories, getting into the acting business, and playing Coach Shane in the 125th episode of The Office, as husband of the girlfriend of main character Michael Scott.

Read about Larkin’s hilarious memoir, A View from the Middle: How an Unknown Actor Managed to Stay That Way, in the Summer 2022 issue of Washington State Magazine.

Actress, model, and author Blanca Blanco grew up around Chelan in north-central Washington state. Her parents from Mexico—her dad was a farmworker and her mom took care of peoples’ kids—had very little money, but Blanco had big dreams for her future.

In her recent memoir, Blanco tells her story of tenacity and determination, how she went from a tough youth to graduating from Washington State University with a psychology degree, and finally to a career in Hollywood.

In this episode, she talks with Washington State Magazine associate editor Adriana Janovich about her childhood in Chelan, time at WSU Pullman, acting career, and writing her memoir during the pandemic lockdown.

Read more about Blanco and her book in the Summer 2022 issue of Washington State Magazine.

Enrique Cerna and Matt Chan, two veterans of television work, had many conversations as people of color in the industry and in the United States. They decided to start a podcast, Chino Y Chicano, to talk about the tough complexities of race, and invite guests to join those discussions.

Cerna, an alum and Regent of Washington State University, discusses the start of the podcast, the guests they’ve talked to and topics they covered, and other topics from personal history to advice for aspiring journalists of color.

Read about Cerna’s life, work, and the podcast in “Talk the walk,” Fall 2021 issue of Washington State Magazine.

The Elson S. Floyd College of Medicine at Washington State University emphasizes leadership as part of its curriculum for medical doctors. Founding Dean John Tomkowiak talks about why leadership training is so crucial as health care evolves into medical teams. Physicians who are prepared to be leaders could provide better care for people and take a stronger role in their communities.

Also in this episode:

Read more about the Elson S. Floyd College of Medicine’s first graduating class of doctors and about 3D printing of tissues in medicine.

Crisp, firm, juicy, sweet, slow to brown, and all around pleasing in appearance, it’s good for eating fresh as well as for cooking, in both sweet and savory dishes.

Since its commercial release at the end of 2019, the inherently festive, crimson-colored apple, flecked with tiny golden lenticels and dubbed “The Apple of Big Dreams,” has received positive attention around the world.

But it was bred at Washington State University specifically for Washington’s climate and growers.

Bruce Barritt oversaw the WSU Tree Fruit Research and Extension Center in Wenatchee and developed the now-famous apple, a cross between Honeycrisp and Enterprise apples.

In this episode, he talks about how Cosmic Crisp came to be, its attributes, and its potential.

Listen to a review and tracks from YAZZ Band: New Normal, a new jazz album recorded during the pandemic lockdown by Regents Professor of music Greg Yasinitsky at Washington State University. Along with guest musicians, Yasinitsky made the "little big band" sound from tracks recorded all over the world and then produced at the WSU recording studio.

The future of hydrogen fuel and a Seattle DJ

Hydrogen fuel is emerging as a major part of the future fuel mix. Washington State University mechanical engineer Jacob Leachman has been on leading edge of hydrogen research for over a decade. He talks about hydrogen projects in the Pacific Northwest, reasons why hydrogen is a fuel of choice, and the potential of the fuel.

Also in this episode:
Seattle DJ Taryn Daly, a self-professed rockaholic and a WSU alumna, has her dream job at Seattle’s KISW station. Like most people, Taryn had to make some big adjustments during the COVID-19 pandemic.

Read more about Leachman’s and other WSU researchers’ work on hydrogen, and about Taryn Daly’s career as a rock DJ.

How do you take innovative research from the university lab to the public? Three Washington State University engineering researchers working on unique hydrogen fuel tanks, fueling stations, and other technology started their own company to move their findings into the commercial world. We spoke with two of the founders about the challenges of launching a business and the potential of green hydrogen fuel.

Also in this episode:

Two Cougs meet at a stoplight... A love story about a pair of Washington State University alumni in Austin, Texas, whose serendipitous connections led to marriage.

Plants and microbes can and do have healthy symbiotic relationships. Stephanie Porter, a microbiologist at WSU Vancouver, talks about her research into the important symbiosis of crops and other plants with organisms in the soil.