Welcome to The Healthy Perspective Podcast hosted by Dr. Chris Boman southern California chiropractor, entrepreneur, mentor and author. Dive in with Dr. Chris as he extracts the "Secret Sauce" to success from his own personal experience as well as interviews with some of the top business owners, athletes, leaders &amp; activists from around the world. Together you will dig into what perspective shifts and mindset breaks, sparked their launches into success and led to living a life filled with abundance. Join the Preorder book list here: https://info.trailheadchiropractic.com/perspective-book-registration
...more 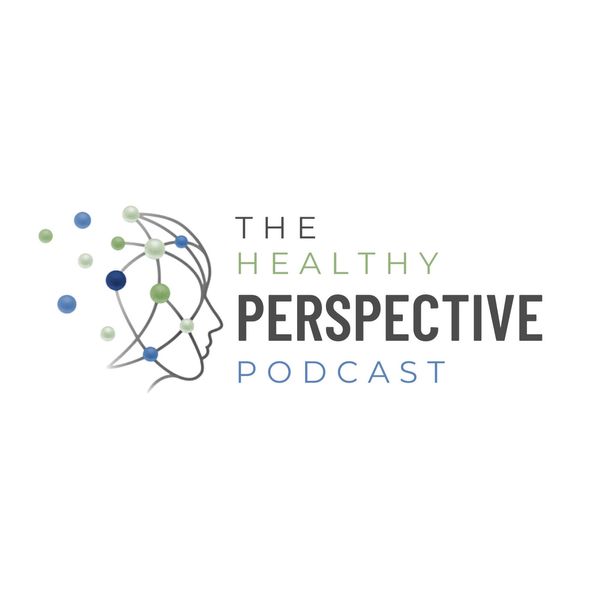 Dr. Chris is joined by Dr. Jessica Hehmeyer, IFM Certified Practitioner and Founder of Well Empowered. By taking a data-driven, Functional Medicine approach that balances equally science and heart, she is able to provide her clients with the information, inspired structure and care needed to translate information into health and vitality outcomes. Dr. Chris and and Dr. Jessica discuss how her path led her from chiropractic school and then to become a IFM Certified Practitioner!
Connect & learn more about Dr. Jessica Hehmeyer:
wellempowered.com
@wellempoweredwithdrh

EP 60 | Taking Your Health Into Your Own Hands with Dr. Alka Patel

Today Dr. Chris is joined by doctor, coach, speaker, author and podcaster, Dr. Alka Patel! Despite working hard as a General Practitioner to help people become healthy, Dr. Patel realized that healthcare was headed in the wrong direction. An over-reliance on medication as a cure for every illness and a dependence on doctors to wipe away symptoms was detracting from what really mattered. With her shift in awareness she discovered lifestyle medicine - an approach that focuses on the root cause of ill health through a whole-person approach and that embeds self-care at the root of living well. Dr. Patel founded The Lifestyle First Method®. This method brings together 10 key elements that have the biggest influence on your health and longevity, and provide the tools to help optimize your health!

His journey has taken him from doing 19,000 performances at Universal Studios to appearing on America’s Got Talent to entertaining United States troops stationed all over South Korea.

His unique perspective of working with thousands of audiences has given him powerful insights into the art & science of communication, influence, persuasion, and high stake negotiations.

This makes him not just a thought leader but a genuine mind reader. Now his mission is to empower more than a million business people to accomplish their most ambitious goals in less time than they ever thought possible.

He does this through workshops, keynote presentations, consulting, as well as ‘hands on’ experiences at tradeshows and beyond.

His motto is “Change your mind; change your life.”
Connect & learn more about Jonathan:
@thezavant
https://www.icanreadminds.com

EP 58 | Measuring Your Health With Elo with Ari Tulla

This week Dr. Chris had the honor of interviewing, Ari Tulla. Ari is a San Francisco-based entrepreneur and the co-founder & CEO of the smart nutrition service, Elo, whose mission is to transform food from the leading cause of disease to medicine. Ari is also an active angel investor and advisor with a portfolio of 40 startups, including Virta Health, Good Eggs, and Ōura.

Previously, Ari was the CEO of Quest Analytics, the market leader in doctor data and network management. Ari led the company through a pivotal growth stage from $15M to $40M in revenue. Before joining Quest Analytics, Ari was co-founder and CEO of BetterDoctor, a doctor search engine.

When not working or co-parenting his two young children with his wife, Ari spends his time on the steep cliffs, powdery slopes, and big cold waves that only Northern California can offer.

On this episode of The Healthy Perspective Podcast, Dr. Boman is joined by Rich Levene. Rich has a masters in leadership and change, spent 25 years studying how people work together or don't, is a coach, founder of Dignity Leadership Consulting, and is the Author of You're Doing It Wrong: Stop Managing and Start Leading! Together they discuss the inspiration and journey behind Rich's mission to train managers how to lead teams, the difference between managing and leading a team, how best to understand what your team needs from you and much more! Be sure to check out more about Rich with the links below!

Dr. Chris is going by Gina Heumann, mom, professor, author, speaker, adoption & mental health advocate and founder of Trauma Drama University. Gina and her husband adopted their two sons from Guatemala.. her youngest was neglected by his foster mom, resulting in over a decade of chaos and frustration. Through her love of research, Gina tried and tested many therapies and treatments and finally found a path to healing. She is now the author of Love Never Quits: Surviving & Thriving after Infertility, Adoption, and Reactive Attachment Disorder (gold recipient of the prestigious Parent's Choice Award); and she presented a TEDx on how Childhood Trauma Affects us All. Here nonprofit Trauma Dram University was made with the vision to provide education support and resources to parents raising children who have suffered early life trauma. The online program provides resources to lean about triggers, connect with other parents, information on different therapy options, and monthly zoom calls with industry experts.

This week, Dr. Boman is joined by Jeff Chilton as they discuss all things mushroom. Jeff has been a key figure in creating what is a now booming medicinal mushroom market. From nutritional benefits to how they can be used medicinally, Jeff explains the relationship between human and fungal interactions. With over 40 years of mushroom growing experience, he was one of the first to bring mushroom extracts to the North American market and organized the first organic mushroom growers workshop in China back in 1996. He also co-authored The Mushroom Cultivator . Jeff is also the founder of Nammex - an organic mushroom extract ingredient supplier.

Joining us this week is Dr. Jason Helfrich CoFounder and CEO of 100% Chiropractic on fo the largest chiropractic franchises in the country! Dr. Jason and Dr. Chris dive into his journey to chiropractic and how he began franchising chiropractic care. Dr. Jason discusses how if chiropractic is to truly grow and become a well known household go to, Chiropractors need to stop fighting over the 10% of the population who already see a chiropractor and start focusing on educating the 90% that don't. This starts with ridding yourself of negative mindsets and embracing abundance!This is a must listen episode we know you will love!

This week Dr. Chris is joined by Dr. Tom Preston, a highly sought after trainer, consultant, advisor and coach who's passion is helping chiropractic entrepreneurs build their business to create a lasting legacy. He ran his own successful chiropractic practice and thats where he started mentoring ant consulting with other chiropractors. He and Dr. Chris break down how he came to run his own successful practice and what led him to start Full Circle Coaching and Consulting. Dr. Tom shares how when it comes to business, bigger isn't always better.

EP 62 | A Deeper Dive Into Disease with Dr. Lonnie Herman

Today on The Healthy Perspective Podcast, Dr. Boman is joined by Dr. Lonnie Herman! Dr. Herman's passion and life mission is restoring hope to people who were told there was no hope. He helps his patients uncover the root cause of any disease, and rapidly eradicate that cause through personalized protocols that are uniquely designed for every person.

Dr. Herman and Dr. Chris dive into the root cause of disease! How we can tell the difference between diseases due to their unique frequencies and why quick fixes are not the answer. Dr. Herman full of knowledge and we know he will be a great resource for many of our listeners!
You can also grab Dr. Herman's book for free on his website!
Connect & learn more about Dr. Jessica Hehmeyer:
https://drlonnieherman.com
@drhermantalks
AskDrHerman@gmail.com