The only podcast devoted to all things New Jersey Supreme Court. NJ Attorney Jeff J. Horn breaks down every NJ Supreme Court Opinion - as the opinions are published, interviews top lawyers and judges, and addresses major developments at the NJ Supreme Court.
...more 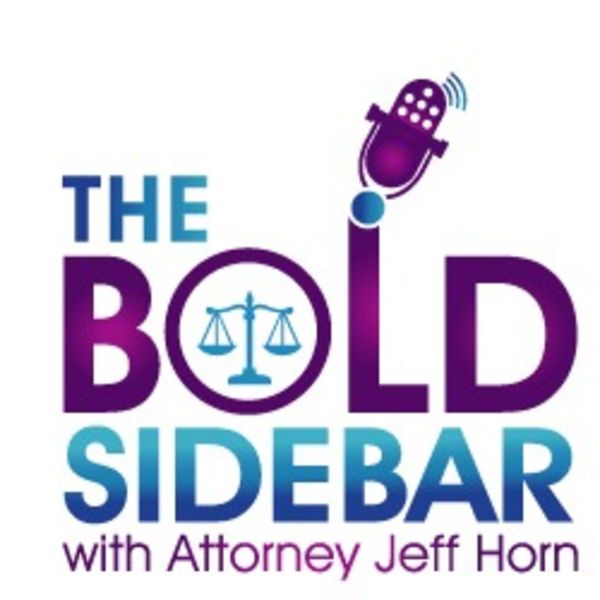 We are so fortunate to have this thoughtful and evolving analysis of the NJ Supreme Court by Joe Fischetti, Esq. His day job is Assistant General Counsel with Valley Health System. Joe previously served as Law Clerk to Chief Justice Rabner. Joe's experience and keen insights into the operation of the NJ Supreme Court make him the perfect statistician. Here is a link to Joe' report "New Jersey Supreme Court, 2021-22 Term in Review."
Joe was kind enough to stick around and break down an important case from the term -
Crystal Point Condominium Association, Inc. v. Kinsale Insurance Co. - Claimants must submit to Arbitration, Direct Action Statute, insolvent policy holder and default judgments.

Slang, Dual Sovereignty & The Definition of Is

Sullivan v. Max Spann Auctions
The 3 day attorney review clause does NOT apply to auction sales.
Samolyk v. Berthe
Rescue Doctrine affords a cause of action for one who attempts to rescue another person from self-created peril. The claim fails when the to rescued is personal property - in this case the family dog.
After nearly 20 years on the NJ Supreme Court, Justice Barry Albin turns 70 on July 7, 2022 and hits mandatory retirement. Check out all of his opinions via Google Scholar (it will take awhile) and a few facts on Wikipedia.
Please consider giving the BOLD SIDEBAR 5-star Rating where you listen to Podcasts. Check out our sound engineer Nick Bates at: Bandcamp -https://nick-bates.bandcamp.com and Twitter -https://twitter.com/nickbatesmusic

I recently saw (through a zoom arbitration) Judge Mary Catherine Cuff - Retired PJAD who served “temporarily” on the NJ Supreme Court from 2012 - 2016 until the appointment of Justice Walter Timpone. The Arb was a pleasure and the Judge issued a lovely hand-written Arb Award. The interaction prompted the ringing of the bell in the Trenton clocktower - the NJ Supreme Court is down (2) Justices and Justice Albin is a mere (2) months from retirement. BRRRRRING!!

State v. Konecny - DUI, PCR, DWS - driving while suspended. The NJ Supreme Court did note extend Laurick relief to multiple DUI offenders who were represented by counsel. Laurick is NOT traditional PCR - it only addresses uncounseled defendants - not defendants who allege ineffective assistance of counsel in the context of PCR.

Haviland v. Lourdes Medical Center of Burlington Co. - AOM - Affidavit of Merit is not required where plaintiff asserts vicarious liability against a licensed actor if the tortfeasor is an unlicensed person.

Dobco, Inc. v. Bergen County Improvement Authority - A bidder cannot complain that a bid process is illegal while participating as a bidder for a public contract. A resident officer of a bidder may seek injunctive relief, outside of the company’s claims, but must file a certification indicating that the individual is not taking direction from the bidder and personally paying legal fees without reimbursement.

Joseph A. Fischetti, Esquire is our Guest. Link to NJ Supreme Court cases featuring Joe as Counsel or on the Brief.

Joe loves his Stats. Here is a link to a fantastic set of NJ Supreme Court Stats.

The BOLD SIDEBAR 5-star Rating where you listen to Podcasts. Check out our sound engineer Nick Bates at: Bandcamp - https://nick-bates.bandcamp.com and Twitter - https://twitter.com/nickbatesmusic

On October 21, 2022 the New Jersey to Supreme Court logjam was officially broken. Rachel Wainer Apter and Douglas M. Fasciale were both sworn in. As of recording of the podcast, the new Justice’s biographies are not up on the website yet. I will use their Wikipedia pages for bio background.

Judge Jack M. Sabatino - on Assignment from the Appellate Division