Politics of Sound is the podcast in which political figures pay an imaginary visit to the virtual PoS Record Shop, emerging with their life-long favourite albums. Multi-instrumentalist Iain Carnegie hosts the discussion as guests speak about (and sometimes perform!) the music which has shaped, inspired, amazed and amused them over the years.
...more 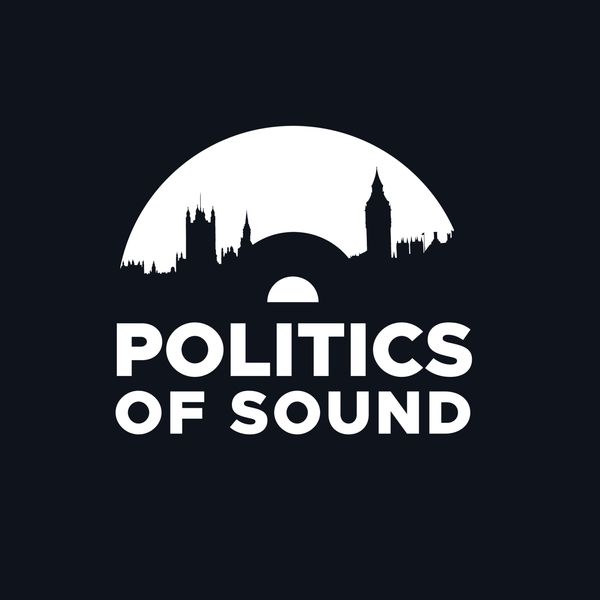 Carwyn emerges with an eclectic selection by AC/DC, The Pogues and Max Boyce and offers a fascinating insight into Labour Party politics of the 1980s and beyond, his experiences of the Miners' strike in his community, his early career within the legal profession, his achievements as First Minister of Wales and his experiences as a teenage heavy rock fan at the local discos!
Carwyn's autobiography, Not Just Politics is released today.
Follow Politics of Sound on Twitter @politics_sound

Conor emerges with an inspired and eclectic selection by Elvis Presley, Garth Brooks and Phil Collins and offers a fascinating insight into how his Christian beliefs have guided his life and thinking, his relationship with Margaret Thatcher, his reasons for resignation and his love of Coronation Street!
Follow Politics of Sound on Twitter @politics_sound

In this August edition of the Politics of Sound, Iain Carnegie invites Liberal Democrat Leadership Candidate Layla Moran MP to pay her own visit to the Politics of Sound virtual Record Shop to select her three all-time favourite albums.
Layla emerges with an inspired and eclectic selection by Radiohead, Jacqueline Du Pre and Guns N' Roses and speaks of her impressive musical pedigree, her vision for her party, her love of Karaoke and much more.
After a short absence over the past few months, the Politics of Sound House Band returns!
Follow us on Twitter @politics_sound for all the latest developments.

In this July edition of the Politics of Sound, Iain Carnegie invites the longest-serving Member of Parliament and Father of the House of Commons, Sir Peter Bottomley to pay his own visit to the Politics of Sound virtual Record Shop to select his three all-time favourite albums.
Sir Peter emerges with an inspired and eclectic selection by Michael Flanders and Donald Swann, Dave Brubeck and Cecil Armstrong Gibbs and offers his fascinating insight into a life devoted to public service, his reasons for joining the Conservative Party (it nearly didn't happen!), his take on the Coronavirus epidemic and much, much more!
Drinks and home-made cakes are generously served during the recording by his wife, Lady Virginia Bottomley!
Follow us on Twitter @politics_sound for all the latest developments.

In this June edition of the Politics of Sound, Iain Carnegie invites President and Co-Leader of the Liberal Democrats, Mark Pack to pay his own visit to the Politics of Sound virtual Record Shop to select his all-time favourite albums.
Mark emerges with an inspired and eclectic selection by Bruce Springsteen and the E-Street Band and The Beautiful South and offers his fascinating insight into life during lockdown, his gradual immersion into the Lib Dems, his own podcast, Never Mind The Barcharts, cheese toasties - and much more!
Mark also courageously takes on the Chocolate and Music Challenge!
But how does he do...?!
Follow us on Twitter @politics_sound for all the latest developments.

In a special first anniversary edition, Iain Carnegie invites journalist, broadcaster and former BBC Political Correspondent Carole Walker to pay her own visit to the Politics of Sound virtual Record Shop and select her three all-time favourite albums.
Carole emerges with an inspired and eclectic selection by Sex Pistols, David Bowie and Stan Getz and offers a fascinating insight into her life before journalism, her experiences of reporting from some of the world's most dangerous war zones, the night she attended a Sex Pistols gig in Cromer - and much more!
The episode concludes with an airing of the brilliant new single release by Carole's daughter, Sofia Grant, 'Storm'.
Happy Anniversary to all Politics of Sound listeners - here's to our second year!

Iain Carnegie invites the newly-elected Conservative MP for Barrow-in-Furness, Simon Fell to pay his own visit to the Politics of Sound virtual Record Shop and select his all-time favourite albums.
Paul emerges with celebrated releases by The Stone Roses and Jeff Buckley and speaks of how his family are coping under the lockdown, his journey into politics and election at the third attempt, the family tortoise - and his glasses!
Follow Politics of Sound on Twitter: https://twitter.com/politics_sound

Iain Carnegie presents another edition of the companion podcast to the regular monthly Politics of Sound: Politics of Sound BITES.
In this occasional release, Iain speaks to those making the news now about their actions, motivations and the role that music plays within their lives.
His guest is the journalist, writer and campaigner Stefan Simanowitz, who discusses the launch of the Coronavision Song Contest, the concept and ideas behind it, the acts that have submitted their songs so far, and how every musician can become involved.

Iain Carnegie invites Conservative MP, Business Minister and Minister for London, Paul Scully to pay his own visit to the Politics of Sound virtual Record Shop and select his three all-time favourite albums.
Paul emerges with celebrated releases by Prince, Dr. John and Elbow and speaks of the importance of his origins, his political passions, beards (good and bad!) and running.
He also reveals the extent of his own instrumental talents - an impressive list!
Follow Politics of Sound on Twitter: https://twitter.com/politics_sound

Matt emerges with an eclectic selection by Johnny Cash, Dire Straits and Oasis and offers a brilliant, irreverent behind-the-scenes peek at New Labour, the secrets of successful mimicry (if there are any), his upbringing in Nottingham, what inspired him to write his first book and why voicing characters on the new series of Spitting Image is just about as exciting as it gets!
Matt's autobiography, Politically Homeless is released on October 8th.