The Arts Report brings you the latest in Vancouver's arts and culture scene! The show features interviews, show reviews and discussion on the City's best local plays, performances, gallery exhibits, films and everything in between. Catch our live, volunteer-run show Wednesdays from 5-6pm on CiTR 101.9FM or stream live at citr.ca.
...more 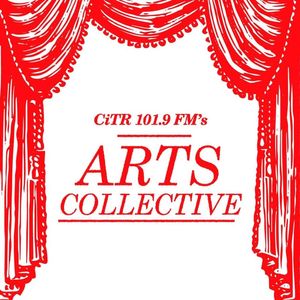 Today was a bonus episode in which we talk about non-local things, all for Fundrive*!
We started off by hearing from Brandon at Unsigned BC, catch them on Tuesdays and Saturdays for more local music! They are based in Victoria and volunteer run just like us. We then talked about all the events you can attend for Black History Month, ranging from livestreams to guided tours. After we were done with BC, we jumped to Deon in France! They talked about the Cannes Film Festival which they attended and it was such a pretty segment that now I want to go to Cannes to attend the festival. Afterwards we started talking about books. Before we go to Ireland for Normal People, Serra talked about the Storygraph which is a Black-owned, indie Goodreads alternative. 10/10 recommendation if you're a book lover. Our last segment was focused on Sally Rooney's Normal People because it is a beautifully written book that everyone should read and its tv adaptation is just as good as the book!