A series of conversations with the people in the cabinet room when Margaret Thatcher resigned
...more 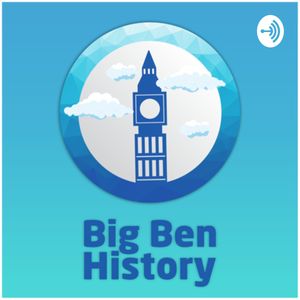 Normal Lamont considers himself a Thatcherite. He thought his leader was right on Europe - unlike most of his cabinet colleagues. But even ideological affinity and personal loyalty could not trump the numbers in November 1990 - when the results came in he had to tell her it was time to go.

The Fall of Thatcher - the Last Man In

Perhaps no-one has experienced as bewildering a month in politics as Wiliam Waldegrave in November 1990. He was running the diplomatic effort to oust Saddam from Kuwait when he was suddenly promoted to the cabinet. Then just weeks later he was advising Mrs Thatcher if she could stay on. She couldn’t and he had a new boss - John Major. All just in just over three weeks. In the latest Big Ben History conversation on the Fall of Thatcher, he reflects on the longest month.

The Fall of Thatcher - She could have held on

Lord Baker was Chairman of the Conservative Party at the time of Margaret Thatcher’s fall. He’d been given the job with specific aim of keeping in No 10 - and until November 1990 all seemed to be going fine. But Mrs Thatcher lost her temper with Geoffrey Howe in cabinet - he resigned - and gave a devastating speech to parliament calling for her to go. Even then he thinks she could have survived had she been willing to schmooze backbenchers, appoint a decent campaign manager, and face down her cabinet. Had she done so - her chairman thinks she would have gone on to an unprecedented fourth election victory

The Fall of Thatcher - in the middle of war

Tom King was Margaret Thatcher's defence secretary. In November 1990 he was running the biggest deployment of UK troops since World War II for Operation Desert Shield against Saddam Hussein. He returned to find his boss on the way out and pleaded with her to pre-announce her departure so a more orderly exit could ensue.

James Mackay was a Scottish lawyer who by November 1990 found himself number two in the cabinet, reading a tribute to Margaret Thatcher - and helping her struggle through her resignation statement.

Both say it's a meeting they will never forget.

The Fall of Thatcher - a squalid coup

Charles Powell was Margaret Thatcher’s foreign affairs adviser for most of her premiership. They remained friends after she left office. He was with her in Paris when she discovered she had failed to beat Michael Heseltine by the necessary number of votes to avoid a second ballot. He reflects on her exit as a “party coup” that was little short of “squalid.”

The Fall of Thatcher - what Butler saw

Robin Butler served Prime Ministers from Wilson to Blair. But as he said at her leaving do, there is only one anyone asks him about. He recalls her fall from power and his efforts to ensure the ship of state kept sailing.

The Fall of Thatcher - and #metoo

Caroline Slocock was private secretary to Margaret Thatcher - and the only other woman in the room when she resigned to cabinet. She saw her fall very much as a woman surrounded by and undone by men - even though she had little sympathy for many of Thatcher's policies. The moment affected her deeply - and she believes her eventual downfall must be seen as the consequence of a woman's struggles in a man's world.

The fall of Thatcher - Inside the Bunker

Barry Potter and Dominic Morris were private secretaries to Margaret Thatcher at the time of her fall. They were in the room when she stumbled through her resignation statement to cabinet. And they supported her in the painful days afterwards as power flooded away from the Iron Lady. As officials rather than politicians, they provide an all too human perspective on the end of her days in Downing St.

The Fall of Thatcher - the remainer

John Gummer was there in the cabinet room when Thacther resigned and afterwards helped write her speech defending herself in a vote of no confidence against Neil Pinnock. She would often warn him as a pro-European that she was about to go off on an anti-Brussels rant - but remains convinced she would have voted remain. For all the history of her as an ideologue, he remembers an intensely pragmatic Prime Minister.

The Fall of Thatcher - The Brighton Bomb

John Wakeham was summoned at the last minute to try and save Margaret Thatcher's premiership. He was in charge of her campaign for six hours - long enough to learn she was doomed. His main job was to make sure she knew exactly how bad things were. It was a difficult task - given the friendship between them partly caused by the Brighton Bomb, which killed is wife Roberta.