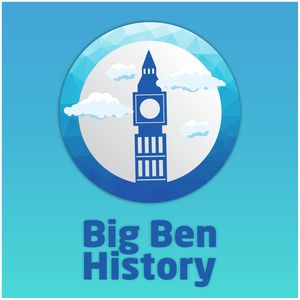 Normal Lamont considers himself a Thatcherite. He thought his leader was right on Europe - unlike most of his cabinet colleagues. But even ideological affinity and personal loyalty could not trump the numbers in November 1990 - when the results came in he had to tell her it was time to go.

The Fall of Thatcher - and the last man in

Perhaps no-one has experienced as bewildering a month in politics as Wiliam Waldegrave in November 1990. He was running the diplomatic effort to oust Saddam from Kuwait when he was suddenly promoted to the cabinet. Then just weeks later he was advising Mrs Thatcher if she could stay on. She couldn’t and he had a new boss - John Major. All just in just over three weeks. I the last Big Ben History conversation on the Fall of Thatcher, he reflects on the longest month.

The Fall of Thatcher - she could have held on

Lord Baker was Chairman of the Conservative Party at the time of Margaret Thatcher’s fall. He’d been given the job with specific aim of keeping in No 10 - and until November 1990 all seemed to be going fine. But Mrs Thatcher lost her temper with Geoffrey Howe in cabinet - he resigned - and gave a devastating speech to parliament calling for her to go. Even then he thinks she could have survived had she been willing to schmooze backbenchers, appoint a decent campaign manager, and face down her cabinet. Had she done so - her chairman thinks she would have gone on to an unprecedented fourth election victory

The Fall of Thatcher - in the middle of war

What was the most dramatic cabinet meeting ever? The gathering of November 23 1990 deserves consideration - when the most successful Prime Minister of the twentieth century sobbed her way through her resignation statement. What was it like to be there and watch history unfold in such traumatic fashion? This podcast endeavours to capture the emotion of that occasion as well as the reasons for the Iron Lady’s demise by talking to all the people in the room. In this episode Tom King shows how the job can get in the way of keeping your own troops on board - especially when the job is war. And Lord Mackay remembers his almost accidental role in the formalities of her departure.

The Fall of Thatcher - a squalid coup

Charles Powell was Margaret Thatcher’s foreign affairs adviser for most of her premiership. They remained friends after she left office. He was with her in Paris when she discovered she had failed to beat Michael Heseltine by the necessary number of votes to avoid a second ballot. He reflect on her exit as a “party coup” that was little short of “squalid.”

The Fall of Thatcher - the Brighton Bomb

John Wakeham was summoned at the last minute to try and save Margaret Thatcher's premiership. He was in charge of her campaign for six hours - long enough to learn she was doomed. His main job was to make sure she knew exactly how bad things were. It was a difficult task - given the friendship between them partly caused by the Brighton Bomb, which killed is wife Roberta.

The Fall of Thatcher the Remainer

John Gummer helped Margaret Thatcher write her no confidence speech shortly after she’d resigned to the cabinet. As a pro-European - she would often warn him to block his ears when she was about to launch into an anti-EU rant. But he’s convinced she would have vote remain in the 2016 referendum

The Fall of Thatcher - what Butler saw

Find out how Beethoven, Harrow school, Yes Minister all came into play during the final days of Margaret Thatcher - with the reminiscences of the man who perhaps has attended more cabinet meetings than any other, Lord Butler of Brockwell.

The fall of Thatcher - inside the bunker

Who sees political history? Naturally one thinks it’s the politicians – but many may be almost as far away as any outsider. That’s certainly the case if you are in opposition – but even in power a cabinet minister can be remote from the action. Was Gordon Brown that involved in the Iraq war while head down at the Treasury? For the fall of Margaret Thatcher, her successor John Major, spent much of the time recuperating from a wisdom tooth operation. Recent interviews have rather persuaded me that officials get closer to the drama – especially if it the stage for the play is Downing Street.

Caroline Slocock, the only other woman in the room when Thatcher resigned, and author of People Like Us, put me in touch with two of her colleagues who also witnessed her resignation before a tearful cabinet.

Barry Potter and Dominic Morris were private secretaries for Mrs Thatcher who saw the dizzying events of November 1990 unfold from within, what they admit, had become a bunker. They spent the night in Downing St the day before her resignation writing her speech for the confidence vote called by Neil Kinnock for the next day. They somewhat strayed from their roles as civil servants by helping supportive MPs draft a last-ditch plea not to surrender. They saw her read her resignation statement – and watched her hours later in the Commons from the gallery sail through the no-confidence debate as if she’d just won an election, not lost one. They were with her when she found herself alone at the celebration drinks for John Major’s victory – on the verge of returning to the backbenches. And they dined with her on her very last night in Downing St – filling the time by discussing who would be in the next cabinet.

Their eye-witness vignettes convey the emotional turmoil. They reveal how inter-personal relations – in this case those between Margaret Thatcher and Geoffrey Howe – can bend history. They spot the role of accident – Thatcher may well have survived had her campaign manager Peter Morrison not been a bumbling, and possibly dieing, alcoholic. Maybe his role was comparable to Heseltine’s.

As officials they know policy also did for her. Barry Potter worked on the community charge or poll tax both at the Treasury and Number 10. It was a “disaster” – a tax that could not work – that somehow survived years of development to eventually unseat its’ chief supporter. He’s not sure she ever grasped what a poisoned pill it was.

Then there was the ERM. By 1990 Mrs Thatcher effectively didn’t believe in the main plank of her economic policy – and was in general isolated from her party on Europe. How could that possibly not blow up?

Finally there was her own role. Morris and Potter are huge admirers of Thatcher and loved working for her. But at the end she had become a caricature of her strengths – courage had become stubbornness, conviction a refusal to listen. Morris in vain gave her advice about how to save her skin – but canvassing for support was by then effectively beneath her.

Talking to them – there is no sense of the world of Yes Minister, where the civil service runs the show. Working for Margaret Thatcher, one person alone was in charge. But you do realise the officials see so much – and that their recollections are essential for the full story.