Paul Isaac Yoder explores barriers to storytelling and sanity by writing one novel every month for twelve months. For more, visit authorsdozen.com.
...more 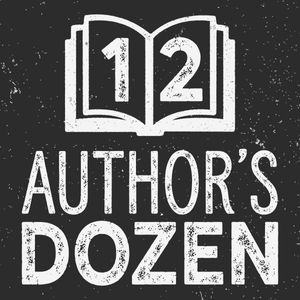 Where do I begin... is the topic of this episode! Learn how to use your novel's first words to hook the reader and never let them go.

Free podcasts, books, and more at www.authorsdozen.com. Go to there!

In Search Of: Research

Yo ho ho and a bottle of... PODCAST?!??? Spend your life and life savings studying things that may have no practical value, especially concerning pirates. Check out more free podcasts and books at www.authorsdozen.com ye scabrous sea-dogs!

Pain and Gain and More Pain

I made a boo-boo! Give yourself room to make accidents by not having too much or too little.

I gotta get this good milk down the drain ASAP at www.authorsdozen.com, where there be free books, podcasts, and more, har dee harrr Italian pirate! 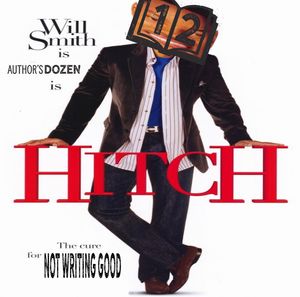 The Power by Naomi Alderman https://www.goodreads.com/book/show/29751398-the-power

Please rate, review, and redistribute the podcast! Episode transcripts and more at www.authorsdozen.com 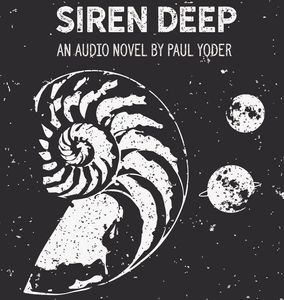 The first part of a free, four-part sci-fi audiobook. If you enjoy, please drop us a rating or share the show with your pals!

Siren Deep: "The Orphan Fleet’s sixteen-year journey is almost at an end. Tomorrow, their technologically and magically enhanced civilization will invade and occupy a new planet for their all-powerful ruler. Tomorrow, the orphan Asha will prove to her people that she is worthy of power and affection.

Not all is as it seems. The planet is no planet at all, but an indestructible moon-sized shell. A mysterious entity calls out to Asha from deep inside the Shell; a being that offers worth and power, for a price." 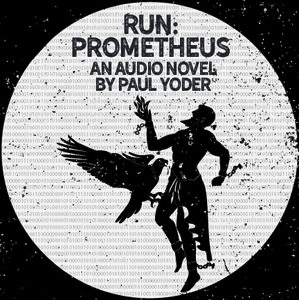 In our book's climactic climax, learn if Paul Yoder knows how computers work or how to finish a novel well. The answer is a resounding "Yes?"

For real, tell me what you think, but I hope you love it.

RUN: PROMETHEUS: "The purported biography of one Annabelle Ikner, who invented an all-powerful artificial intelligence from her freshman dorm room in order to make her first friend. Or so the biography claims. How can you trust such a fantastic story of loss, corruption, and triumph? How can you trust a god?"

The second part of a free, four-part sci-fi audiobook that has audiences raving, "It's the audiobookiest!"

RUN: PROMETHEUS: "The purported biography of one Annabelle Ikner, who invented an all-powerful artificial intelligence from her freshman dorm room in order to make her first friend. Or so the biography claims. How can you trust such a fantastic story of loss, corruption, and triumph? How can you trust a god?" 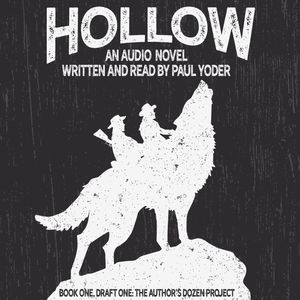 The first part of a free, four-part fantasy audiobook!

"In a world where slaves look no different than their masters, Turner hopes to outgrow his humble beginnings to become a wolf-rider like his long-lost father. Then, his village vanishes into thin air.

With hopes shattered and on the run from slave-hunters, Turner seeks answers from his missing father. With the help of a peasant who thinks like a noble, an eccentric criminal, and giant beasts from unexplored continents, Turner finds a revolution brewing that promises justice for all and mercy for none."

To read Hollow for free, please download the PDF at this link.

Enjoy a home-baked episode while I'm in quarantine! www.authorsdozen.com 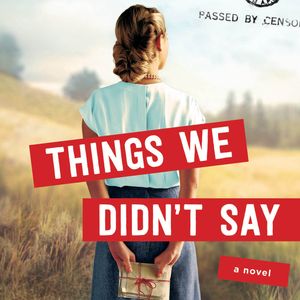 Amy Lynn Green stops by for an interview about her excellent forthcoming historical novel Things We Didn’t Say. She has worked in publishing for six years at Bethany House, so book lovers and writers alike will want to tune in for the Things We DID Say (I’m so sorry). You can learn more and order her – again, excellent – book at www.amygreenbooks.com/books/things-we-didnt-say/.

“Headstrong Johanna Berglund, a linguistics student at the University of Minnesota, has very definite plans for her future . . . plans that do not include returning to her hometown and the secrets and heartaches she left behind there. But the US Army wants her to work as a translator at a nearby camp for German POWs.

Johanna arrives to find the once-sleepy town exploding with hostility. Most patriotic citizens want nothing to do with German soldiers laboring in their fields, and they’re not afraid to criticize those who work at the camp as well. When Johanna describes the trouble to her friend Peter Ito, a language instructor at a school for military intelligence officers, he encourages her to give the town that rejected her a second chance.

As Johanna interacts with the men of the camp and censors their letters home, she begins to see the prisoners in a more sympathetic light. But advocating for better treatment makes her enemies in the community, especially when charismatic German spokesman Stefan Werner begins to show interest in Johanna and her work. The longer Johanna wages her home-front battle, the more the lines between compassion and treason become blurred—and it’s no longer clear whom she can trust.”

“This compelling novel of life on the US home front during World War II fascinated me from beginning to end.”

Lynn Austin, author of If I Were You

“With impeccable research, Amy Lynn Green casts a light on the POW camps in America during World War II and on the dangers of prejudice. Make space on your bookshelf, because this book is a keeper!”

Sarah Sundin, bestselling and award-winning author of When Twilight Breaks and the Sunrise at Normandy series

“Things We Didn’t Say is a stand-out novel as brilliant and brave as its heroine. . . . An utterly satisfying read you’ll want to share as soon as you reach its conclusion.”

“Amy Green pens a fascinating story of intrigue and love in her book Things We Didn’t Say. Set against the backdrop of World War II, Amy takes care to bring history alive as she moves her characters through situations that force them to take a deeper look at who they are and what they really want out of life.”

“A fascinating excavation of a little-known moment in US history executed with an inimitable voice and extremely clever style. Excessively readable, this winsome epistolary is underscored by a deep look at patriotism, prejudice, unwavering faith, duty, and love. . . A dazzlingly smart and confident debut, Things We Didn’t Say is as moving as it is memorable.”

“Things We Didn’t Say is the best sort of book: where the characters feel like friends, the story feels like home, and the pages beckon you to turn them ceaselessly, immersing you in an absorbing world. Amy Lynn Green expertly wields wit, heart, history, and enveloping storytelling in this glorious debut!”

Amanda Dykes, author of Set the Stars Alight and Whose Waves These Are

“Based on actual World War II experiences, and sparkling with humor and touches of romance, this is an impressive debut from a multitalented writer.”

Julie Klassen, author of The Bridge to Belle Island