He has but one name, Kosh, but he is one of the most celebrated and influential album-cover artists EVER. Chances are you already own several pieces of art created by Kosh. Kosh is from Los Angeles by way of London. He’s got hundreds of album covers to his credit, and if Kosh didn’t do that cover, well...not to worry, he knows who did, and he’ll introduce you. And by the way: If you are a student of the visual arts, or just somebody who appreciates them, you can pick up a lot from listening to Art of Rock. Great, great storytelling, it’s candid, sometimes a little raunchy. Kosh was right there for a lot of Rock history, and he’ll tell you about ALL of it. Proud part of Pantheon - the podcast network for music lovers.
...more 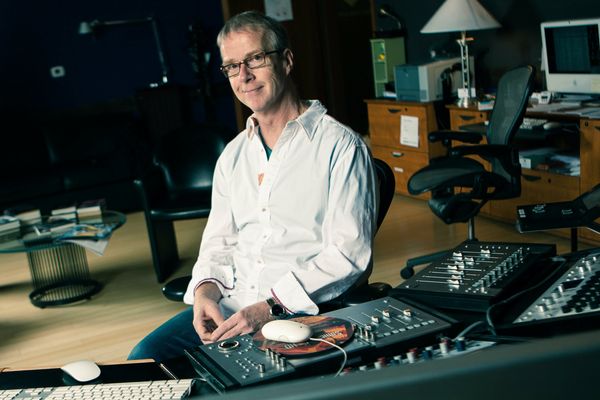 Kosh sits down with studio mate (their individual studios are literally next to each other) and legendary Mastering engineer Peter Doell! 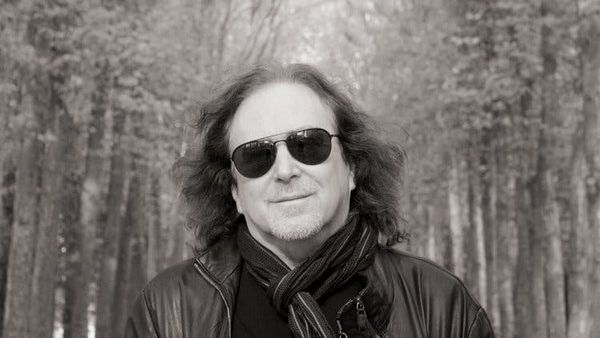 Kosh is back with new friend, photographer extraordinaire Glen Wexler!

Glen Wexler was one of the first artists to use digital imaging technology as a tool in the creative process. His career began by designing album covers for clients like Quincy Jones, Michael Jackson, ZZ Top, and KISS, and continues with an international client base ranging from Microsoft and Pfizer to Warner Bros. Pictures and Time magazine.

He has a new book out on on Dark Springs Press called “The 80’s Portrait Sessions” featuring stunning black and white photographs of such artists as Bob Weir, David Bowie, Chaka Khan, Michael Schenker, Dale Bozzio, Kiss, Michael Jackson as well as other musicians, actors and models.

Listen as Kosh and Glen get to know each other and have a mutual appreciation session from two legendary rock n roll artists. 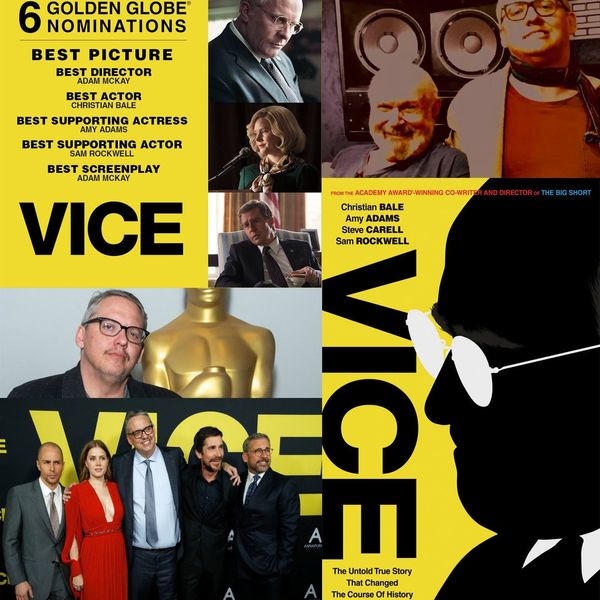 Continuing with our Holidays celebration, this edition of Art of Rock, our host Kosh brings into Aftermaster studio his dear friend director, comedian and actor and Academy Award winning writer, Adam McKay.

Adam has a new film out today called “Vice”. The story of Dick Cheney (played by Christian Bale), an unassuming bureaucratic Washington insider, who quietly wielded immense power as Vice President to George W. Bush, reshaping the country and the globe in ways that we still feel today.

In 2016 Adam won the Academy Award for Best Adapted Screenplay for the film The Big Short. He is founder of the comedy website and production company Funny or Die. He is a founding member of the Upright Citizen Brigade comedy troupe and spent six years on the writing staff of Saturday Night Live from 1995-2001. He has written and/or directed many features including Anchorman, Step Brothers, Talladega Nights, The Other Guys (all with frequent collaborator Will Ferrell) and most recently The Big Short and now Vice.

Today Kosh and Adam spend most of the hour talking music of course and how Adam uses this to great effect in his films. Enjoy a Christmas snack and take a listen as these two old friends break it down. Then go out and see Adam’s most recent film or settle in with a yule log for some old time Netflix fare by him and his friends. 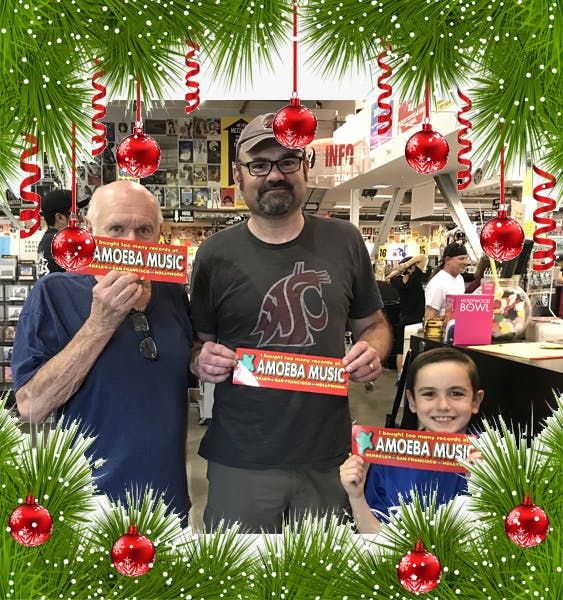 It is a special English Happy Christmas edition for Kosh and Friends because our host invites his son, John Kosh Jr. and grandson Atticus, into the studio to reminisce about family, the holidays and mostly about Kosh Jr. being on sets while rock n roll stars like the Eagles, Don Henley, James Taylor, and more babysit! It's a warm and thoughtful hour that is intended to remind everyone what the holidays are really about and that is family.

Enjoy, put a yule log on the fire, bake some Christmas pie, roast a few chestnuts and listen as we get a taste of English Christmas. 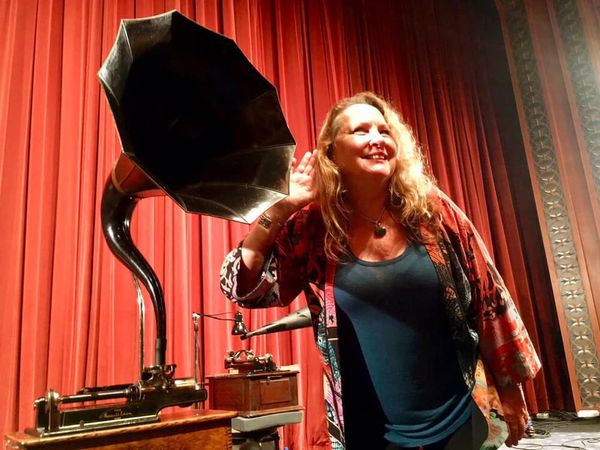 Episode 6 is a deep dig with the pioneering engineer and producer Lenise Bent.

Lenise comes form a family in love with music. She was one of very few women in the technical field of audio engineering in the 1970's. First hired at L.A.'s Village Recorders, along with three other women, by Spam scion, George A. (Geordie) Hormell II, who thought women would make superior engineers, Lenise is the sole survivor from that initial hire. She has had a long career in both music and film.

She bagan at Village Recorders climbing up the ladder of responsibilities and then her first legendary record she worked on was the seminal Steely Dan album 'Aja' and things just snowballed from there. Throughout the late 70's and 80's she worked on albums by Fleetwood Mac, Supertramp, Blondie and many more.

In the 90's her career took a different turn as she went into film and television audio post production for Disney, Dreamwork and many other studio sound departments.

Now she does it all, music and movies! Engineering and producing! She also is very involved in helping other women make an impact in the business by supporting the Women in Music and SoundGirls organizations. She also has been an active board member and educator at the Audio Engineering Society and is very passionate about audio restoration and preservation. 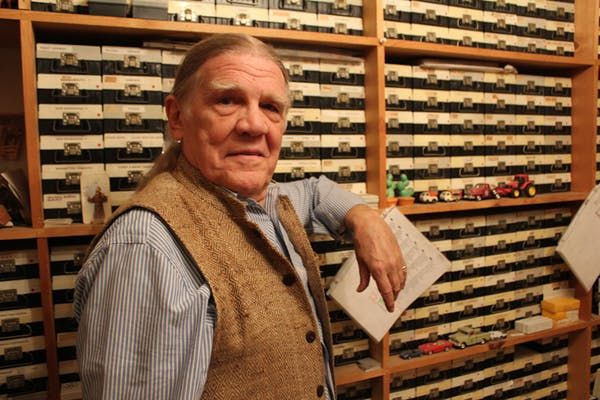 Episode 5 of ‘Art of Rock with Kosh & Friends’ finds Henry Diltz in conversation with Kosh. While they have known each other for decades they only worked together once, but crossed paths constantly with similar clients.

Henry Diltz is a legendary photographer and musician active since the 1960’s. He is famous for capturing the laidback Laurel Canyon scene of the early 1970’s, the cover of The Doors album, ‘Morrison Hotel’ and the Woodstock music festival, where he was dubbed the “official photographer”. He got his professional start meeting the Monkees, photographing them and actually playing on a few of their tracks.

First recognized as a musician for the Modern Folk Quartet, where he began shooting pictures of the group to shooting album covers for James Taylor’s Sweet Baby James and The Eagles, Desperado albums, as well as over 200 others.

Henry is still working and is co-founder of the Morrison Hotel Gallery (Los Angeles, Maui, New York). Check out his new exhibit “Listening Through the Lens: The Music Photography of Henry Diltz at NAMM’s Museum of Making Music in Carlsbad California, now through October 28th, 2018. Details here: https://www.museumofmakingmusic.org/exhibits/diltz 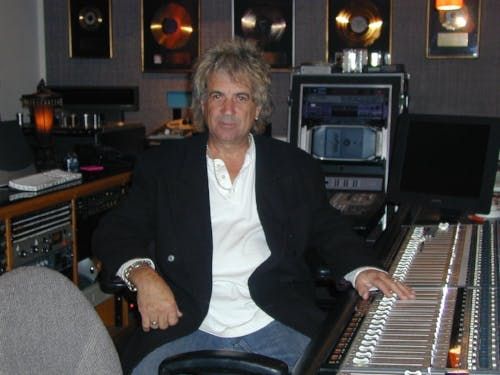 In Episode 4 of ‘Art of Rock with Kosh & Friends’ our host spends an hour with friend and super producer/engineer Val Garay at Aftermaster Studios in Hollywood. Garay is nine time Grammy nominated producer and winner of 1982’s record of the year with “Bette Davis Eyes” by Kim Carnes. Val has garnered over 100 Gold & Platinum records. He was also the owner and designer of the renown L.A. 1980’s recording room, ‘Record One Studios’, where numerous hit albums were made before it was sold to Ocean Way Studios in 1988.

Kosh and Val discuss his San Francisco upbringing with a famous father, going from artist to engineer to super producer, making hit after hit owning the premiere studio in 80’s L.A. and still living the dream as an in demand producer.

Learn more about Val Garay and what he is doing at the moment here: http://www.valgaray.com 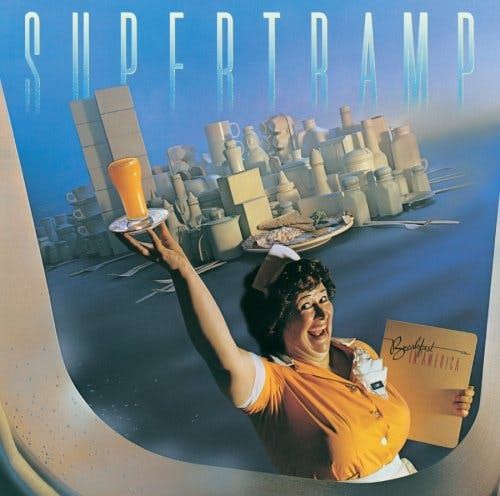 In Episode 3 of ‘Art of Rock with Kosh & Friends’ our host invites long time collaborator Aaron Rapoport to Aftermaster Studios in Hollywood to discuss their years of working together. Rapoport is an American photographer, best known for his photographs of musicians. In a career that spans over three decades, Rapoport has photographed in a wide variety of areas including commercial photography, but his work in album covers is particularly well known.

Kosh and friend Aaron dive into some uncharted territory, like where is Cher’s tattoo exactly? Lots’ o fun with REO Speedwagon and Kevin Cronyn. The real story of the flight case featured on “Eagles Live ‘80”. The two do get serious as they discuss working on the Lynyrd Skynyrd album, “Street Survivors” just before the infamous plane crash. A must hear to believe.

Aaron is still a working photographer based in Los Angeles.

Check out his work here: http://www.aaronrapoport.com 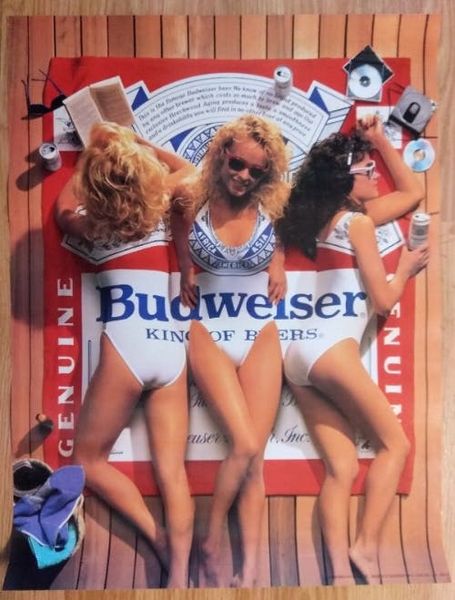 In Episode 2 of ‘Art of Rock with Kosh & Friends’ our host brings into Aftermaster Studios in Hollywood the great photographer and long time collaborator, Robert (Bob) Blakeman. Kosh and Bob have been working together since the early 1980’s. Lot’s of big pop names are discussed and secrets revealed, Rod Stewart and Linda Ronstadt reappear from EP1, along with The Motels, the Pointers Sisters, and the great Jimmy Webb with his original Ford Cobra. Also, we get a peak behind one of the most famous beer campaign glamour posters ever shot(see above), as well as the time Bob was allowed to shoot infamous Oakland Hell's Angel, Sonny Barger.

Originally a SoCal native Robert Blakeman was educated in the MFA program at the Royal College of Art (RCA) in London. Starting an independent studio in the late 1970’s, he very quickly began shooting industrial and fashion with Levi Strauss, Joseph Magnin and Anheuser-Busch, including one of the most famous of the beer maker’s glamour shots of the 1980’s. He also owned the historic Engine Company 17 firehouse in downtown Los Angeles that helped launch the City’s revitalization project in the early 2000’s. Listen in as Kosh and Bob relay stories through their careers and the rock n roll world.

In Episode 1 of ‘Art of Rock with Kosh & Friends’, the mononymous Kosh sits down with long time collaborator Ron Larson to discuss several albums they worked on together. From Rod Stewart, Jon Anderson, REO Speedwagon, Kim Carnes and David Lindley to Linda Ronstadt, with whom they won a pair of Grammys for the albums “Get Closer” & “Lush Life”.

Ron was trained as a graphic designer at Cal State Fullerton and two weeks before graduation was hired to help finish the logo design for an upcoming low budget sci-fi film, something called Star Wars. Yeah, that one. It was just the beginning of a long and fruitful career making posters and other visuals for numerous music and film productions.

Kosh and Ron will tell stories working together, the highs and lows, the fun and gags, on many classic album covers, some of which we are certain are in your collection.