AIGA, the professional association for design

How is design changing as a discipline and profession? What are the current landscapes and future horizons of innovation? ​What are the opportunities for the design community? AIGA explores these questions and more with creative practitioners and​ business​ leaders​ to deepen the impact of design across all disciplines on business, society, and our collective future.
...more 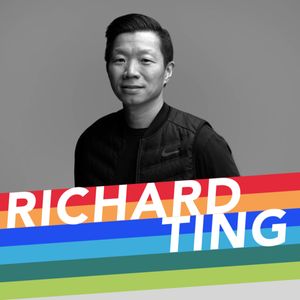 Richard is a C-suite partner to R/GA’s global client roster. Richard has 20 years of experience in building, guiding, and directing world class digital design teams to envision, pilot, and commercialize innovative digital products, services, and customer experiences. Richard is also a co-Founder and Partner in R/GA Ventures and has worked with and advised more than 80 early-to-growth stage startups.

While overseeing and setting the vision for R/GA’s global team of multi-disciplinary designers, Richard ensures that his teams are highly skilled in design thinking, product innovation, service design, commerce, prototyping, and digital marketing. In recent years, Richard has worked with a wide range of companies including Nike, Samsung, Google, Verizon, and Equinox and has received nearly every major industry creative award, including the Cannes Titanium Lion, the D&AD Black Pencil, and the Grand CLIO.

Throughout his career, Richard has been a much sought-after industry leader and has served on a number of creative award show juries such as The One Show, The Art Director’s Club, the International CLIO Awards, and the London International Awards. Additionally, Richard has spoken at prominent conferences such as Cannes, RISE, SXSWi, and CES and written articles for Harvard Business Review, The Atlantic, Huffington Post, and Advertising Age.

Richard currently serves on the AIGA National Board of Directors and National Conference Chair and is an executive member of the International Academy of Digital Arts and Sciences. Aside from his professional pursuits, Richard has deep subject matter expertise on sports, sneakers, and hip hop music. To learn more about Richard, follow @flytip on Twitter. 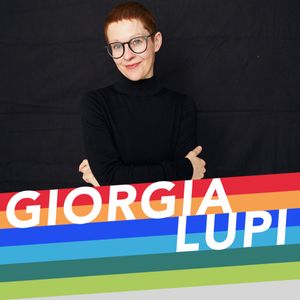 This episode is adapted from a webinar conversation that Design Future Now host Lee-Sean Huang had with Giorgia Lupi, an information designer, advocate for Data Humanism, and a partner at Pentagram.

Prior to joining Pentagram, Giorgia was a co-founder of Accurat, a data-driven design firm with offices in Milan and New York. She has been named One of "Fast Company's" 100 Most Creative People in Business, and she recently joined MIT Media Lab as a Director’s Fellow.

She has spoken at conferences like TED and Adobe’s 99u and has exhibited her work at places including the Museum of Modern Art in New York and the Cooper Hewitt, Smithsonian Design Museum.

You can view the closed-captioned video of Giorgia Lupi's full webinar, which includes a visual introduction to her work here: https://www.aiga.org/aiga/content/tools-and-resources/commitment-to-community/data--design-pop-up-qa-with-giorgia-lupi/ 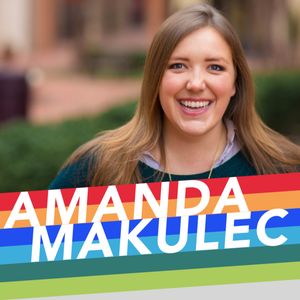 Amanda Makulec is a visual analytics advisor who uses visualization, storytelling, and design thinking to transform how teams and organizations use data. She shared her expertise with Lee-Sean Huang about how to design, visualize, and interpret data related to the COVID-19 / Coronavirus pandemic.

Amanda is the senior data visualization lead at Excella and holds a masters of public health from the Boston University School of Public Health. She worked with data in global health programs for eight years before joining Excella, where she leads teams and develops user-centered data visualization products for federal, nonprofit, and private sector clients. Amanda volunteers as the operations director for the Data Visualization Society and is a co-organizer for Data Visualization DC. Find her on Twitter at @abmakulec. And to read about how data visualization practitioners can create responsible visualizations: https://medium.com/nightingale/ten-considerations-before-you-create-another-chart-about-covid-19-27d3bd691be8 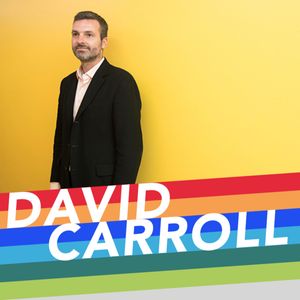 Design educator, data rights advocate, and recovering entrepreneur David Carroll talks with Lee-Sean Huang about the challenges that digital platforms pose to privacy, democracy, and beyond.

David Carroll is associate professor of media design and former Director of the MFA Design and Technology graduate program at the School of Art, Media and Technology at Parsons School of Design at The New School. He is known for legally challenging Cambridge Analytica and related companies in the UK courts to recapture his 2016 voter profile using European data protection law. Featured in The Great Hack (2019) on Netflix, his data quest has appeared in WIRED, The Guardian, Motherboard, The Boston Review, Slate, Mother Jones, and the international press more widely. Formerly CEO of a failed tech startup backed by Hearst and incubated at NYC Media Lab and NY Media Center by IFP, Glossy visually organized digtial archives using machine learning and social content recommendation engines. This experience deep in industry helped form the basis of his research, legal efforts, and public engagement on data rights. His earlier scholarship on mobile media funded by research grants included support from Pearson Foundation, MacArthur Foundation, National Institutes of Health, National Science Foundation, and Nokia Research Centers. He is active on Twitter @profcarroll

Professor Carroll is scheduled to speak at the AIGA Design Conference in Pittsburgh, Pennsylvania, now rescheduled for November 12-14, 2020. https://designconference.aiga.org/

This interview is the final episode in this season of Design Future Now. We would love to hear your feedback and suggestions for future episodes. Email us at podcast@aiga.org. We will be back in a few weeks! 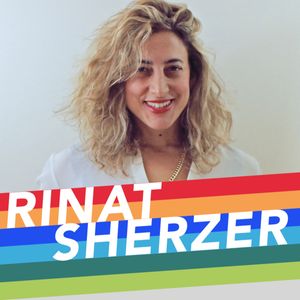 Rinat Sherzer on Biomimicry and Gender in Design

Interdisciplinary biotech engineer, social entrepreneur and designer Rinat Sherzer talks with Lee-Sean Huang about biomimicry and gender in design. Rinat is the founder of Of Course Global, a social innovation design consultancy, helping businesses be a force for good in society. In her practice, Rinat combines principles from biomimicry & speculative design to create a cultural shift towards an egalitarian society by exploring the menstrual cycle and de-shaming it, which she explained further in her TEDx Talk: The Bloody Taboo With The Power To Change The World.
Her latest project What Would The Egg Do?, is a series of initiatives: an exhibition, documentary, education curriculum, business workshops and a book - all exploring how can nature-inspired solutions lead to a healthier planet & gender equality.
Rinat holds a Bachelor's degree in Biotechnology Engineering from Ben-Gurion University, Israel and an MFA in Design for Social Innovation from SVA, NY. She is an Adjunct Professor at Parsons School of Design and mentors women from all over the world, helping them reclaim their power. 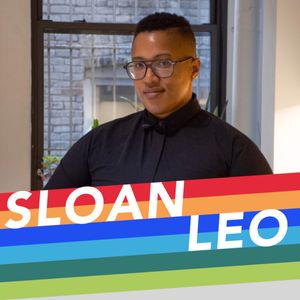 Community centered design strategist Sloan Leo chats with Lee-Sean Huang about community building as design practice and the intersections of social innovation and justice. Sloan is director of social innovation at The Vaid Group, designer in residence at MFA Design for Social Innovation at the School of Visual Arts, and a board member of AIGA New York. 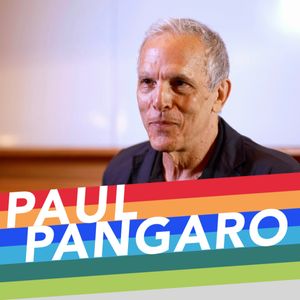 Paul Pangaro, Professor of Practice at Carnegie Mellon University's Human-Computer Interaction Institute talks with Lee-Sean Huang of AIGA about design for conversation and design as conversation. How might designing better conversations lead to richer, more ethical interactions between humans and artificial intelligence?

Join us for the 20th AIGA Design Conference in Pittsburgh, Pennsylvania, March 30 to April 1, 2020. For more information and to register for the conference, visit https://designconference.aiga.org/

AIGA, the professional association for design, advances design as a professional craft, strategic advantage, and vital cultural force. As the largest and most influential community of design advocates, AIGA brings together practitioners, enthusiasts, and patrons to amplify the voice of design and creates the vision for a collective future. AIGA defines global standards and ethical practices, guides design education, inspires designers and the public, enhances professional development, and makes powerful tools and resources accessible to all. 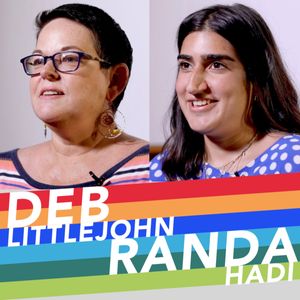 We hear from an educator and a student who are researching, teaching, and practicing design in an age of data and disruption. Professor Deb Littlejohn demystifies the buzzword "Big Data" and explains why she has her students tell lies with data. MFA student, Randa Hadi opens up about her hopes and fears for the design profession and how she's facing the future head on.

Deborah Littlejohn is a design researcher and educator, developing coursework in graphic design history, design research methods, and graduate studios. By examining the tools and technologies through which people experience design, Dr. Littlejohn’s work is guided by questions addressing the relationship between visual communications, new information environments, data literacy, and the ability of people understand, learn, and take action. https://design.ncsu.edu/staff/deborah-littlejohn/

Randa Hadi is a designer, researcher, and architect by training. She is a visual thinker with an interest in bridging the gap between architecture and graphic design by creating spatial experiences in both the physical and digital world. https://randahadi.com/ 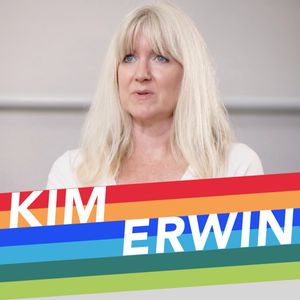 Kim Erwin, MDes, is Associate Director of the Program for Healthcare Delivery Design at the University of Illinois Chicago, and research professor at the UIC School of Design. As Associate Director, Kim works with the UI Health System, other research-oriented health systems, and design strategists to apply design methods to healthcare delivery. Together, they work to align evidence-based interventions with human behavior in order to accelerate adoption by patients and clinical staff. Kim's work leverages systems planning, human-centered research, broad stakeholder engagement and immersive communication to engage organizations in achievable next steps. Prior to joining UIC, Kim was an Associate Professor at IIT’s Institute of Design and Director of its Center for Collaborative Healthcare Design.
Kim's focus on merging the design and health sciences builds on 20 years of professional expertise in contextual field research methods, qualitative analytics, communication design to make complex information easier to understand and use. Kim has also been an educator for over ten years, focused on the formalization of communication methods to build, engage and lead teams through discovery processes. Today she teaches design methods to healthcare professionals through executive education, helping them apply design methods to delivery and quality challenges, such as patient discharge effectiveness and provider-to-provider communication to improve care transitions.

AIGA, the professional association for design, advances design as a professional craft, strategic advantage, and vital cultural force. As the largest and most influential community of design advocates, AIGA brings together practitioners, enthusiasts, and patrons to amplify the voice of design and creates the vision for a collective future. AIGA defines global standards and ethical practices, guides design education, inspires designers and the public, enhances professional development, and makes powerful tools and resources accessible to all. Learn more at aiga.org/about.

Join us for the 20th AIGA Design Conference in Pittsburgh, Pennsylvania, March 30 to April 1, 2020. For more information and registration, visit designconference.aiga.org. 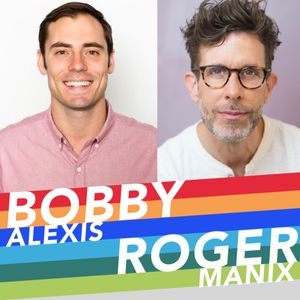 In this final episode of season 1, we hear from Bobby Alexis and Roger Manix, co-founders of a new company called Ludolo, which helps remote teams increase creativity, productivity, and develop a sense of belonging, through play.

We talked about the importance of play even during a pandemic, the neuroscience behind play, the challenges and opportunities of starting up during a crisis, and more.

Design Future Now is a production of AIGA, the professional association for design.