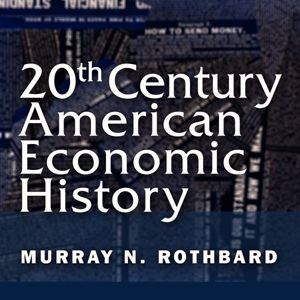 The Rise of Big Business: The Failure of Trusts and Cartels

In the 19th Century and the beginning of the 20th, the rise of big business on the free market could not create monopolies and cartels. Only government could do that. Government tried. Government failed.

The Rise of Big Business: The Failure of Trusts and Cartels (continued)

Despite the drive for monopoly, only oil, sugar and corn products ended up dominated by a particular company. Bigger was not better. Biggest was not best. Smaller and more mobile was more competitive. Major inventions are still coming from small firms.

The progressive period birthed the cancerous growth of the welfare/warfare state, fake capitalism, the middle way, neomercantilism, and the corporate state. Morgan and Rockefeller men warred with each other over many issues and many generations. Effective competition was attacked as government attempted to cartellize business.

The state must invest in human beings the same way you invest in cattle on a farm. This progressive corporatist view was behind the creation of the Rockefeller Foundation. Industrial solutions were to be strictly scientific, e.g. minimum wage laws, public works, and government concentration camps (CCC).

Puritanism is the haunting fear that somebody somewhere might be happy. Prohibition was just part of the progressive platforms.

The Inflationary Boom of the 1920s

The Industrial Revolution and the development of the modern banking system were the two big things that happened in the Eighteenth Century in Britain. Why does the boom-bust cycle emerge? Is the cycle just a natural part of industry, or is it caused by the banking system?

The Austrian explanation of expanded bank credit not based upon private pools of savings is sound, unlike the Keynesian explanations of overproduction or under consumption. Inflation is an increase in the money supply.

The Inflationary Boom of the 1920s (continued)

Republican policy has always been high tariffs, keeping foreign goods out. But, then the US would lend those countries money to be able to pay for our higher-priced exports. This peculiar foreign-lending scheme included farm goods. Until 1928 there was an enormous foreign lending boom. The stock market collapsed in October 1929.

The Federal Reserve Act of 1913 was for inflationary purposes. The banks endorsed acceptance markets for awhile. Morgan men continued to push price stabilization, yet prices in free markets actually fall, benefiting consumers. In 1929 when prices were falling, corporate bigshots wanted prices pushed back up. The entire banking system was toppling by 1933. It should have been allowed to topple, says Rothbard. The European currencies waged war against each other when everybody was off the gold standard.

The League of Nations was to get the US off the gold standard. Morgan men viewed deflation (natural in free markets) with horror. Strangely enough most of the nation's economists were in favor of the gold standard at this time.

The New Deal and the Post-War International Monetary System

The World Economic Conference of 1933 in London met to deal with America's Great Depression, but, without consulting anyone, FDR declared that the U.S. would not agree to the proposal because he wanted to take the U.S. off the gold standard in order to inflate the dollar. The gold-supporting British and French were horrified; Nazi Germany was delighted.

The Future of Libertarianism

Rothbard explains why he is optimistic. The norm of civilization has been despotism and statism. The quantum quality change in history has been the Industrial Revolution from mid-18th Century to mid-19th. Only the free market, libertarian society can expand this viable and moral industrialism. A society without a ruling class results. Peace and a classless society are classical liberal goals.

Some individuals seize control of the state apparatus and use taxes to rob the producers. Class conflicts occur because one group in society are tax eaters and the other group are tax payers.

Industrialism created so much wealth that cartels and Keynesianism have been able to eat away at the fat. Yet, the cause and effect chain is now much shorter. Shortages resulting from price controls now show up quickly. There is a general revulsion against the state.